Republicans in the U.S. Congress are moving to repeal regulations adopted by the Obama administration in October that would have subjected internet service providers to stricter scrutiny than websites to protect customers’ private data.

Senator Jeff Flake of Arizona introduced a resolution on Tuesday backed by 34 other senators to undo the regulations under a provision that allows Congress to repeal recently approved federal regulations.

Representative Marsha Blackburn of Tennessee, who chairs a House panel on telecommunications, introduced a companion measure on Wednesday. Republicans control both chambers of Congress.

Last week, the U.S. Federal Communications Commission temporarily blocked some of the rules from taking effect, a victory for internet providers such as AT&T, Comcast and Verizon. Consumer advocates opposed the FCC move.

FCC Chairman Ajit Pai, nominated by Republican President Donald Trump on Tuesday to serve a new five-year term, told a Senate panel on Wednesday that consumers would have privacy protections even without the Obama administration rules. 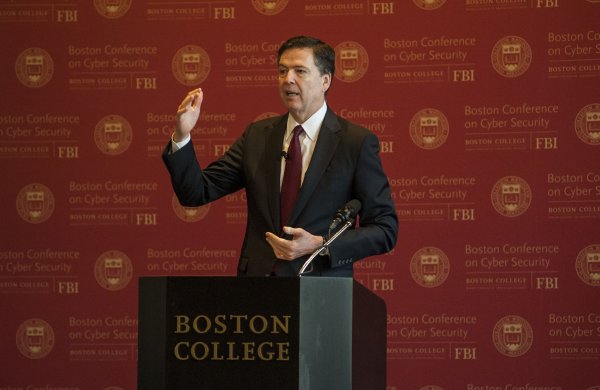 FBI Director James Comey: 'There Is No Such Thing as Absolute Privacy in America'
Next Up: Editor's Pick