A fictional show about a fictional top U.S. diplomat has evoked a real response from the Philippine diplomatic service.

The Philippine embassy in the U.S. is taking exception with how an upcoming episode of the CBS drama series Madam Secretary portrays a President of the country. In the trailer for an episode entitled “Break in Diplomacy,” scheduled to air in the U.S. on March 12, the series’ eponymous Secretary of State, Elizabeth McCord (played by Tea Leoni), is seen throwing a punch at a character playing the Philippine President and bloodying his nose, after he makes sexually suggestive moves at her during a private meeting.

“Elizabeth is shocked when the Philippines’ unconventional new President, Datu Andrada (Joel de la Fuente), makes a pass at her during their meeting to discuss his refusal to participate in an Asia-Pacific territory treaty,” according to the CBS description of the episode.

However, the Philippines has strongly protested what it calls a “highly negative depiction” of its country’s fictional leader, saying that it casts “doubt on the respectability” of the actual office of the Philippine presidency.

“While Madam Secretary is a work of fiction, it tracks and mirrors current events. It is, therefore, inevitable that its depiction of world leaders will have an impact on how its audience views the real personages and the countries they represent,” a statement from the Philippine embassy reads.

The embassy further says that the fictional President’s portrayal “denigrates that way our nation navigates foreign affairs” and “tarnishes the Philippines’ long-standing advocacy for women’s rights and gender equality.”

“Unconventional” has meanwhile been one of the many milder adjectives used to describe Rodrigo Duterte, the current Philippine President.

His shocking comments (including those about a high-profile rape case in one instance), his deadly crackdown on the country’s drug problems, his move away from long-established diplomatic protocols, and general notoriety for making offensive outbursts, have earned him much criticism worldwide, as well as comparisons to Donald Trump. 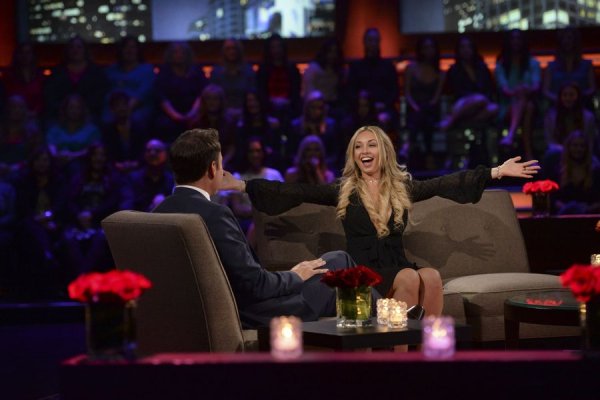 The Bachelor Watch: The Women Tell All About Nick Viall
Next Up: Editor's Pick