The White House copied a portion of its statement praising ExxonMobil’s announcement on Monday that it would invest in manufacturing projects in the U.S. from Exxon.

The White House statement, released about 34 minutes after Exxon put out its announcement, copied a full paragraph from Exxon’s statement that explained the company’s investment plans.

Through the statement and subsequent tweets, President Trump heavily complimented Exxon, which was most recently run by Trump’s Secretary of State Rex Tillerson, for promoting job growth in the U.S.

A spokesman for Exxon said the company shared information about the announcement with the White House.

Plagiarism has cropped up among Trump’s team before — First Lady Melania Trump used phrases from Michelle Obama’s 2008 convention speech during the 2016 Republican National Convention and pundit Monica Crowley turned down a job offer in the Trump administration after being accused of plagiarizing parts of her book and Ph.D dissertation.

The White House and did not immediately respond to requests for comment. 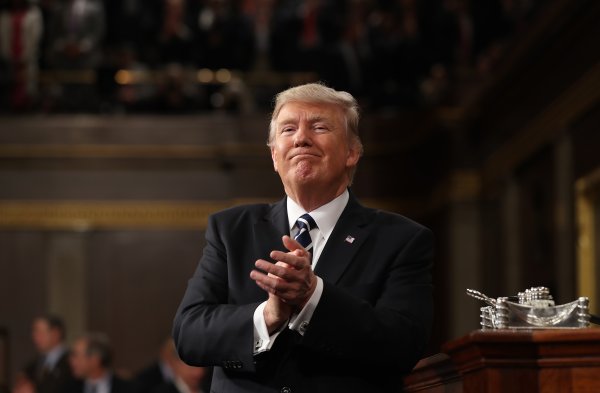