Global concern over North Korean nuclear capabilities has spiked again, as the nation appears to have fired four ballistic missiles that traveled about 1,000 km. (more than 600 miles) into waters near Tokyo on Monday morning, according to reports from the South Korean military and Japanese officials. The tests are merely the latest in a string of hair-raising launches, including a reportedly successful test in February of a new kind of nuclear-capable missile and actual nuclear tests in 2016.

But, though that concern is high recently, it is decades old.

The history of North Korea’s nuclear program can be traced back to the Cold War, when the Korean War convinced leader Kim Il Sung — who ruled the nation from 1948 to 1994 — that the country needed to protect itself from the U.S., and the Soviet Union helped its fellow communist nation get the resources to do just that. (“Are you short of arms?” Stalin is said to have asked Kim when the conflict began in 1950. ”We’ll give them to you. You must strike the southerners in the teeth.”)

In the 1950s, “Kim Il Sung began working to amass an arsenal potent enough to deter a feared U.S. attack,” even after a 1953 ceasefire ended the Korean War, according to TIME’s Jan. 13, 2003, cover story on North Korean nuclear ambitions. As that story explained, the end of the war followed implications from U.S. President Dwight D. Eisenhower, who took office in 1953, that nuclear weapons were on the table as a way to bring the conflict to an end. Even though the war did end that year, the idea that nuclear weapons might be necessary made its mark on North Korea. In the wake of the armistice, the Soviet Union helped North Korea begin the research that would be needed to eventually achieve nuclear capability.

In 1963, TIME reported that North Korea was one of the only countries that had announced that they would not sign the nuclear test-ban treaty that was President John F. Kennedy’s attempt to “get the genie back in the bottle” and slow the global nuclear arms race by banning testing in the atmosphere, in space and underwater. In fact, North Korea continued on its path and got its first nuclear reactor — a small one designed for industrial research — two years later.

As the conflict in Vietnam escalated, so did North Korea’s aggression toward the U.S. And, as a 1969 TIME article explained, the nation and its leaders were not comfortable counting on Soviet or Chinese assistance:

Over the half-century that followed, the subject of North Korean nuclear capabilities would go in and out of the headlines, but the story that began in the 1950s has not yet come to an end.

In fact, by the early 1990s — after the collapse of the Soviet Union, America’s victory in the first Gulf War and the death of Kim Il Sung in 1994 — experts say North Korea believed nuclear weapons would be the only way to one-up the U.S. 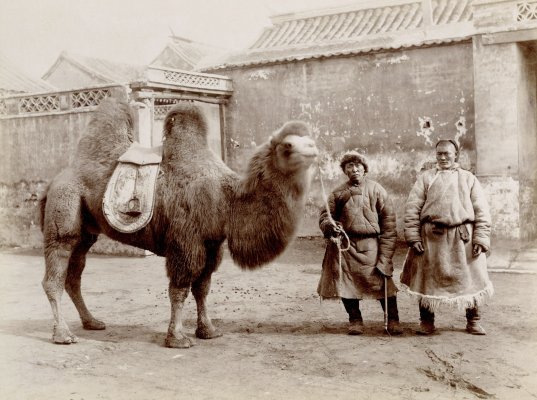 China in Photographs — Rare Early Images of a Disappearing World
Next Up: Editor's Pick