These 5 Smartphones Under $300 Are Perfect for Kids and Teens

Children play Pokemon Go in Central Park as Pokemon Go craze hits New York City on July 29, 2016 in New York City.
Michael Loccisano—Getty Images
By Jason Cipriani
Each product we feature has been independently selected and reviewed by our editorial team. If you make a purchase using the links included, we may earn commission.

It can be a good idea to give your child a smartphone to keep them connected in case of emergencies. Thankfully, you don’t need to spend a lot of money on a smartphone for your child. That’s especially true if he or she is younger and you’re unsure of just how responsible they will be with the device.

Your child may kick and scream for the fanciest phone around. But forgo spending hundreds of dollars on an Apple iPhone or Samsung’s latest and greatest Galaxy device, even if your carrier is offering one for free. Remember, if the phone is stolen or gets badly damaged, a replacement won’t come cheap.

Instead, here are five fully capable smartphones all priced under $300. Better yet, not a single device listed below requires any sort of payment program or contract to purchase. They’re all unlocked, contract free, and cheap.

If your child is hell-bent on having a stylish phone, consider the Moto G5 Plus, which Motorola announced just last week. Starting at $229, with a completely metal housing, this is one premium-looking device without the high-end price tag.

Powering the Moto G5 Plus is the Snapdragon 625 processor, and depending on the model you purchase, it starts with 2GB of memory and 32GB of storage, with a microSD card slot for up to 128GB of extra storage. It ships with Android 7.0 Nougat, and is available in gray or gold. Motorola didn’t waterproof the G5 Plus, but it does boast a water repellent coating. In other words, it can handle the occasional splash, but not a dunk. All this boils down to: Your kid’ll love it.

A 5.2-inch HD display isn’t going to be the sharpest, be at this price it’s going to get the job done. Its 12-megapixel camera, on paper at least, matches the same specs as the stellar camera found in Samsung’s Galaxy S7 line. That is to say, it’s really good. With a front-facing camera wide-angle 5-megapixel camera, the G5 Plus is ready for the selfie generation, too.

The G5 Plus unlocked and will work with all U.S. carriers. The only downside of the Moto G5 Plus is that it’s not quite available yet. But it won’t be a long wait: Motorola has said the phone will ship sometime in March.

Have a kid who constantly listens to music? Then the Axon 7 Mini is worth a look. A smaller version of the Axon 7, the Mini has a 5.2-inch AMOLED display, dual stereo speakers, a 16-megapixel camera, a Snapdragon 617 processor, 3GB of memory, 32GB of storage, and a completely metal housing. The SIM card tray doubles as a dual-SIM setup for those who frequently travel, or a SIM tray and microSD card tray for expanding the storage up to 128GB — another benefit for music fans.

Priced just under $300, the Axon 7 Mini is available in gray or gold. It comes carrier unlocked, and will work on T-Mobile or AT&T networks in the U.S. (If you’re on a different carrier, you may consider getting a pay-as-you-go plan for your child, which can be a good way to save money depending on how heavily they use it.)

After testing the Axon 7 Mini, I wasn’t as impressed with it as I was with its bigger brother. The Mini was a tad slower, and there’s only $100 separating the two devices. But as someone’s first smartphone, or as a proving ground of responsibility for a child, the Axon 7 Mini is a no-brainer.

Attention parents of photo-happy kids: Last year’s Moto G4 Plus is now on sale, making way for its successor, shown above. The G4 Plus is now $250, completely customizable in terms of color and material, and comes with 6 GB of storage out of the box. It has a 5.5-inch HD display, fingerprint sensor, and runs Android 6.0 Marshmallow.

But the big seller here: For a smartphone of this price, its 16-megapixel camera makes it one of the better phones I’ve shot food and pet photos with. When testing, I had no hesitation to share the photos on Facebook or Twitter. And as an added bonus, the Moto G4 Plus comes with two years of free photo backup to Google Photos at full resolution. Meaning, you won’t have to worry about buying a bigger microSD card or more cloud storage for your kid any time soon.

Also, the G4 Plus is unlocked to work with all major U.S. carriers, and has a water repellent coating to handle minimal water exposure — great for clumsy kids.

Huawei isn’t yet a household name for smartphones, but it’s slowly getting there. The $250 Honor 6X is powered by Android 6.0 and Huawei’s proprietary EMUI 4.1 software customizations. For $250, you get a phone in gray, gold, or silver, with a 5.5-inch HD display, 3GB of memory, and 32GB of storage (microSD card support up to 128GB).

The Honor 6X isn’t the fastest phone on the market, but its camera features are some of the best you can find on a phone at this price. Equipped with two rear-facing cameras, one 12-megapixel the other 2-megapixel, the Honor 6X can mimmic the same type of depth-of-field photos the iPhone 7 Plus can capture. You can even adjust the focus point after a photo is captured on the Honor 6X. As for the front-facing camera, the Honor 6X has an 8-megapixel 77-degree lens.

Huawei has a bit of a heavy hand when it comes to customizing Android with its EMUI software. However, the company recently announced Android 7.0 Nougat with EMUI 5.0 will be released soon, with early beta testing happening now. In fact, I just installed the beta, and it does appear to lessen the extent to which Hauwei’s customizations overtake Android. For example, there’s now an option to use Android’s tried and true app drawer instead of the iOS-like home screen Huawei had previously forced on users.’

All this techno-speak boils down to: This is a solid, affordable Android phone for anybody, not just kids. The Honor 6X is unlocked for use on GSM carriers. Translation: Here in the U.S. it will work on T-Mobile and AT&T networks.

Looking for something even cheaper?

Amazon partnered with two smartphone manufacturers, BLU and Motorola, to take an existing device, add some Amazon flair to it, and then sell it exclusively to Amazon Prime members. Similar to what Amazon does with its Kindle Special Offers program, where it gives users a discount in exchange for placing ads on the lock screen, the Prime Exclusive Smartphones follow suit.

Right now there are three phones in the program, with pricing starting at just $50 for the Blu R1 HD. I’d recommend staying away from that model, however, as it’s slow and doesn’t have the best camera.

The two remaining phones, the Moto G4 Play and Moto G4, are priced at $99 and $129, respectively. Both Moto G4 models will work on all U.S. carriers, and are two of the best low-end phones I used in 2016. The only difference here between what you can buy directly from Motorola and through Amazon, of course, is having to deal with Amazon’s suite of mobile apps and advertisements on the lock screen and occasional notification. Your kid might not love that, but your bank account certainly will — giving you a good chance to teach your children about the value of a dollar. 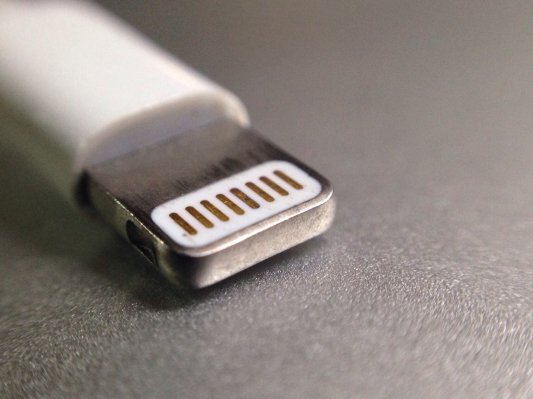 Apple May Ditch the iPhone's Lightning Connector
Next Up: Editor's Pick