French presidential candidate Francois Fillon told supporters gathered in Paris on Sunday that “no one can stop” his leadership bid, despite a corruption scandal that has left him under official investigation and without the support of many in his center-right Republican party.

The former prime minister assured thousands rallying in the capital that he would not bow to pressure on him to step aside due to the impending graft charges, the BBC reports.

Once a frontrunner in the presidential race, Fillion’s campaign has been derailed by allegations that he paid his wife and children public money for work they never carried out. Fillion has repeatedly denied any wrongdoing and has characterized the scandal as politically motivated.

Now lagging in third place in the polls, Fillon is no longer expected to make it past the first round of voting to be held on April 23, which will likely see far-right leader Marine Le Pen and liberal Emmanuel Macron go on to compete in the May 7 presidential runoff. 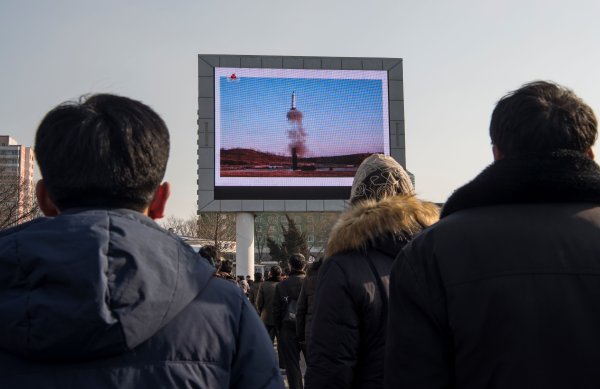