The Dalai Lama, or as John Oliver called him, “the original woke bae,” is the sixth most admired man in the United States. However, no one in the U.S. seems to know what he does, so Oliver flew to India to find out.

Tibet is a “surprisingly large” country that China claims rights to. Traditionally, the Dalai Lama serves as both the spiritual and political leader of Tibet, or as Oliver describes him, a “sort of a cross between a Pope and President or Pope-sident, if you will, but you shouldn’t, so please don’t.” The Dalai Lama has drawn the ire of Beijing for fighting for a free Tibet — China has banned his image and as well as anyone who meets with him, including Lady Gaga. The singer met with the Dalai Lama in Indianapolis last year to discuss yoga, a meeting Oliver said was only slightly less ridiculous than “Elton John meeting Ben Bernanke on Easter Island to talk about Roombas.”

For over 50 years, the Dalai Lama has lived in exile from Tibet. As he has grown older, people are beginning to look to his successor, or reincarnation. But finding the next Dalai Lama is complicated by the fact that, according to Oliver, the boy chosen to help find the reincarnated Dalai Lama was kidnapped by Chinese officials, who then created their own replacement. The Dalai Lama has even said that he may not reincarnate at all, or if he does it may not be inside Chinese-controlled Tibet. This means that unless something changes soon, this Dalai Lama could possibly be the last and the fraught situation in Tibet could “spiral out of control.”

To find out more, Oliver flew to India to speak with the Dalai Lama about horse milk, Chinese oppression and the perks of a calculator watch. 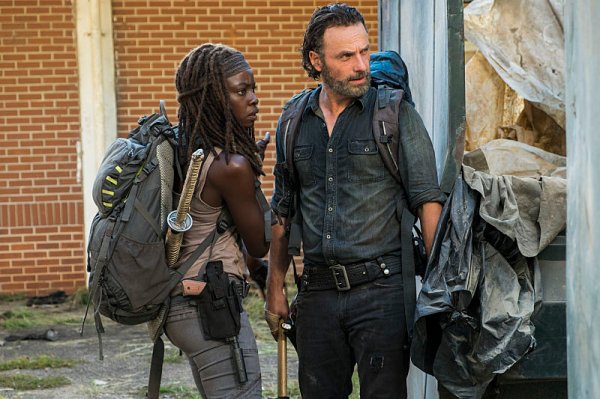 An Ominous The Walking Dead Episode Hints at Major Deaths to Come
Next Up: Editor's Pick