“Hello” from the married side!

Adele confirmed that she and longtime love Simon Konecki have said “I do” during a concert in Brisbane, Australia.

“I could see in their eyes as they were listening to it on their headphones that it reminded them of something or someone,” she said while talking about her hit “Someone Like You.” “I was trying to remember how it was I felt at the beginning of the relationship that inspired that record because as bad as a break up can be, as bitter and horrible and messy as it can be, that feeling when you first fall for someone is the best feeling on earth, and I am addicted to that feeling.”

The 28-year-old singer continued, “Obviously I can’t go through with those feelings because I’m married now. I’ve found my next person.”

Adele previously hinted that she had tied the knot while accepting the Grammy Award for album of the year for 25.

After spending much of her acceptance speech gushing over fellow nominee Beyoncé, Adele said, “Grammys, I appreciate it, the Academy, I love you, my manager, my husband and my son – you’re the only reason I do it.”

Later, Adele referred to Konecki as her “partner” while answering questions from reporters in the press room backstage.

The couple – who share son Angelo, 4 – set the internet on fire last month when the singer was spotted out and about wearing a band on her left ring finger. Reps for the Grammy winner had “no comment” at the time.

Konecki, 42, and Adele first met in 2011 but kept their relationship mostly out of the spotlight until the star announced her pregnancy in 2012.

“The reason her relationship works with Simon is because they are on the same page. Their priority is their son, and Adele loves being a mother. Angelo is a very happy little boy,” a source previously told PEOPLE. 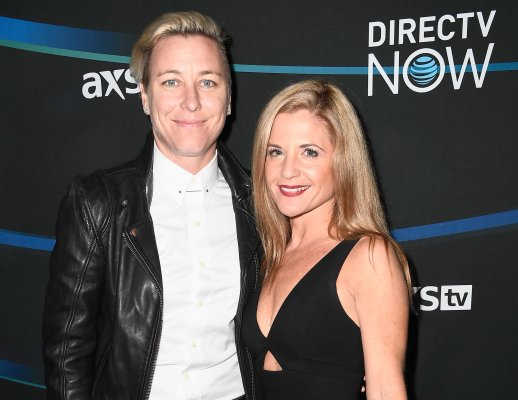