Megan Rapinoe #15 kneels during the National Anthem prior to the match between the United States and the Netherlands at Georgia Dome on September 18, 2016 in Atlanta, Georgia.
Kevin C. Cox—Getty Images
By Mahita Gajanan

U.S. Soccer has adopted a rule requiring players on any national team to stand during national anthems.

A photo confirming the rule, which the soccer federation’s board of directors passed on Feb. 9, was posted to Twitter by Fox Soccer’s Stuart Holden. According to Holden, U.S. Soccer president Sunil Gulati said penalties for those who break the rule would be decided on a case-by-case basis.

“All persons representing a Federation national team shall stand respectfully during the playing of national anthems at any event in which the Federation is represented,” said the policy, which was confirmed by U.S. Soccer officials to the New York Times.

The policy was implemented after the National Women’s Soccer League’s Megan Rapinoe took a knee for the national anthem during at least two matches last year. Rapinoe knelt in solidarity with 49ers quarterback Colin Kaepernick, who refused to stand during the national anthem to protest racial injustice. 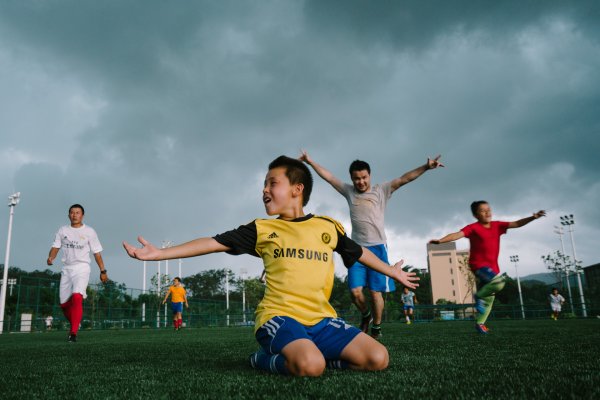 Dreams of Soccer Fame for China's Uyghur Kids
Next Up: Editor's Pick