Mom Says Pressure to Breastfeed Led to Accidentally Starving Her Infant Son: ‘We Were So Brainwashed’

Just 19 days after giving birth to a healthy baby boy, Jillian Johnson lost her son Landon due to accidental starvation.

“If I had given him just one bottle, he would still be alive,” Johnson writes in a blog post for the non-profit organization Fed Is Best. “If only I could go back in time.”

Fed is Best advocates for safe breastfeeding — including supplementing with formula when medically necessary or strictly formula feeding for those who want or need to — in response to the tragic stories of mothers accidentally starving their babies, according to co-founders Jody Segrave-Daily RN, and Dr. Christine Del Castillo-Hegyi.

In the case of Johnson and her son Landon, he did not get enough colostrum (a mother’s early milk) in the first days of life, which ultimately resulted in his death just weeks later. Johnson never imagined that pressure to exclusively breastfeed — every new mom has heard the mantra ‘breast is best’ — could have such fatal consequences.

“I just want people to educate themselves so they don’t make the same mistake I did,” Johnson tells PEOPLE exclusively. “I couldn’t sit by any more and have another mom feel what I feel every day. I don’t want any parent to have this hole in their heart. Nothing can fill it.”

How could something like this happen? According to Segrave-Daly, new moms are strongly encouraged to exclusively breastfeed while in many hospitals, but some women’s bodies cannot provide sufficient hydration and calories to their newborns in the first days of life.

“I am a NICU nurse who knows how to save babies’ lives, and I was never prepared to witness so much needless suffering from accidental starvation when I started my private lactation and infant-feeding practice 7 years ago,” Segrave-Daly tells PEOPLE. “We have a modern-day tragedy happening right before our eyes and it is morally and ethically wrong.” Her co-founder, Dr. del Castillo-Hegyi, is an emergency physician and former NIH scientist with a background in newborn brain injury research. Her own baby was accidentally starved due to insufficient milk intake and is now neurologically disabled.

Fed Is Best, which “believes mothers should be supported in choosing clinically safe feeding options for their babies,” according to its website, has faced opposition from breastfeeding proponents who say the group is anti-breastfeeding. But Segrave-Daly says that is untrue. The foundation, she says, aims to educate new moms on how to feed their babies safely, whether that means breastfeeding, formula feeding, or a combination of the two.

“Babies can suffer days of non-stop crying and hunger while nursing day and night without sleep, as they are receiving a fraction of the calories and fluid they need to live,” she says.

One organization that takes breastfeeding seriously is Baby Friendly USA, the national authority for the baby-friendly hospital initiative. “Breastfeeding is safe and it is the way our bodies were designed to feed human infants,” says Trish MacEnroe, executive director of Baby Friendly USA. “Human mothers produce milk that is best for their infants. Breastfeeding is the most natural way to feed a baby. But it doesn’t always come naturally to all mothers.”

And that’s why, she says, it’s okay to supplement. “There is room for supplementation and there is room for a mother not to choose breastfeeding,” she says of the initiative. “But like any health care recommendation, we always want mothers to know what the scientific evidence is, and if there are any side effects or consequences of a different choice.”

As for Johnson, MacEnroe says her heart goes out to her: “My heart breaks when I read the story that was told by Fed Is Best. We never want to see that happen.” But, she adds, “I think these alarm messages really can set the wrong tone. I worry about scaring mothers away from something we know is great for them.” Ultimately, she says, moms need to rely on their doctors: “If they have any concern or think things aren’t going properly, they need to reach out to a skilled health professional.”

Board-certified pediatrician Dr. James Sears agrees that it is vital for mothers to check in with their healthcare professionals so they know what constitutes good health and how to identify warning signs.

“It’s important the first day or two in the hospital you get a good start,” Sears tells PEOPLE. “If the baby’s not feeding well, make sure you get help from the nurse. A lot of hospitals have lactation consultants if you need help breastfeeding. Find out how the baby is doing so you know how quickly you need to follow up with the pediatrician. Sometimes it’s the very next day after coming home from the hospital.”

While Sears says some weight loss after leaving the hospital is normal, it’s crucial to know how much your baby weighs before leaving so you can monitor how much the baby loses and whether the loss is in the normal range.

“As pediatricians, we have a 10 percent rule: If it’s less than 10 percent, we don’t worry too much,” he says.

Sears also says it’s important to ask questions so you know exactly what to look for as signs of good heath.

“Find out how many wet diapers the baby should have, how many poopy diapers,” he says. “If you’re breastfeeding, ask, what medications can I take?”

When it comes to knowing how much and how often to feed, Sears says to let the baby be your guide.

“I’ve had babies not get enough feedings from both breastfeeding and bottle-feeding,” he says. “It’s important to look at the baby and not the clock. If the baby’s fussy and seems hungry, even if it’s only been an hour, go ahead and feed him again.”

Johnson’s baby Landon went into cardiac arrest from dehydration just 12 hours after being discharged from the hospital. “And the best advice I was given by one of his NICU doctors while he was on life support is, sure, breast is best, but follow with the bottle,” Johnson writes. “This way you know your baby has eaten enough … if only I could go back in time.”

“I had no idea he wasn’t taking in enough milk,” Johnson tells PEOPLE. “If I did, he would be alive. I wouldn’t have hesitated to give him a bottle.”

“I want people to educate themselves and to know that, yes, if you can produce enough to exclusively breastfeed your baby, do it. But there’s nothing wrong with giving your baby a bottle in the first few days before your milk comes in,” says Johnson. “People should know what can happen and know the signs. My husband said he thought about giving a bottle many times, but we didn’t want to ‘ruin’ Landon. We were so brainwashed.”

Johnson and the founders of Fed Is Best say they are sharing these stories in order to keep other babies from suffering. Says Segrave-Daly, “For every story you see on our page, we have countless other stories we can’t share because parents are living with profound shame and guilt when they learned they accidentally starved their babies for days.” 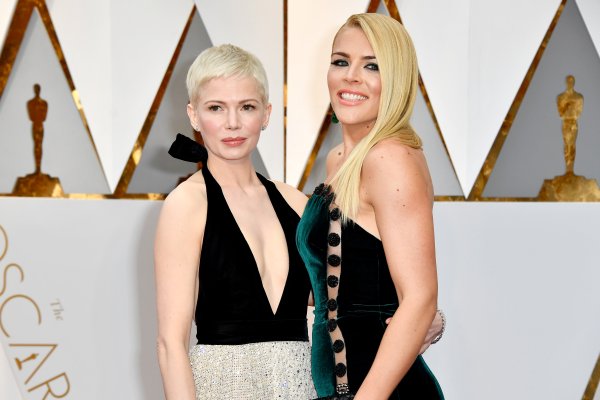