What Would Mark Twain Think of Donald Trump?

Thanks to the criticisms they’ve leveled in articles, interviews, tweets and letters to the editor, we know that many contemporary authors, from Philip Roth to J.K. Rowling, have a dim view of Donald J. Trump.

But what would leading writers of the past have made of him?

We can only speculate (well, until someone invents a Rowling-like potion capable of bringing long dead writers back to life). But if I could ask one dead writer what he thinks of Trump, it would be Mark Twain, my favorite American author and someone whose travel articles I’ve written about in the past. While Twain is best-known for his novels, he was also an opinionated, prolific commentator on the personalities and political issues of his day.

I suspect Twain would have found Trump the showman – the pre-2016 version – a fascinating figure. He would have been appalled, however, by much about Trump the president.

A champion of irreverence

I have no doubt about two things that Twain would find objectionable: the way that Trump has lashed out at TV sketches that mock him and his use of the phrase “enemy of the American people” to describe news organizations that criticize him.

Twain felt that no one was too grand to be satirized.

“Irreverence,” he wrote, “is the champion of liberty and its only sure defense.”

In America’s press, he admired its tendency to be “irreverent toward pretty much everything.” Even if this led to the newspapers laughing “one good king to death,” it was a small price to pay if they also “laugh a thousand cruel and infamous shams and superstitions into the grave.”

But pondering what, beyond this, Twain would make of Trump is an apt, tricky and timely exercise.

It’s apt because one of Twain’s novels, “A Connecticut Yankee in King Arthur’s Court,” features a man who travels through time.

It’s tricky because Twain’s views on many issues, including race, changed during his lifetime. Hence there are different Twains – as well as different Trumps – to consider.

Finally, imagining how Twain would view Trump is timely because when some have tried to look to history for an equivalent political moment, they’ll sometimes point to two decades – the 1880s and the 1900s – that happened to also be important in Twain’s life and career.

One of these Trumps is not like the other

The Twain of the 1880s would have probably found the Trump of a decade ago – a brash, self-promoting businessman known for his candid comments and penchant for media attention – fascinating. He may have even befriended him.

But the staunchly anti-imperialist Twain of two decades later would have been as disdainful of Trump now as he was of the man he once called “far and away the worst president we have ever had” – the muscular nationalist Teddy Roosevelt.

My basis for the first claim comes from Twain’s friendship with a flashy, boastful Trump-like showman: Buffalo Bill Cody. Among the most successful entertainment impresarios of his day, Cody founded and starred in a traveling Wild West Show, which drew large crowds in America and Europe and was famous for its reenactments of legendary battles.

In 1884, Twain sent a letter to Cody praising his Wild West Show as a realistic, “distinctly American” form of entertainment. In Cody’s spectacle – as in “The Apprentice” – the emcee was a famous man who played up a version of himself, capitalizing on the audience’s awareness that he had done things in real life that he did in the show: firing guns, in one case; firing people, in the other.

During this period, Twain wrote four of his best-known books. It was also a time of intense nativism in the United States. Many white laborers, especially in western states, became convinced that Chinese laborers, who had crossed the Pacific in large numbers during the Gold Rush, were unfairly depriving them of jobs that rightfully belonged to them.

This prejudice triggered several violent outbursts – such as the 1871 Los Angeles riot, which cost 18 Chinese men their lives – and led to the 1882 Chinese Exclusion Act, which forbade the entry of Chinese workers to the United States.

Twain mocked the hypocrisy of the Exclusion Act: Just as the U.S. government was preventing Chinese from coming here, American traders and missionaries in China were denouncing the Chinese government for hindering their pursuit of profits and converts in the Middle Kingdom.

Some critics of Trump’s executive order on immigration say it “eerily recalls” the 1882 Chinese Exclusion Act. In both cases, we see fear, stereotypes and prejudice fomenting an environment in which some groups are deemed less worthy of rights and protections – indeed, less human – than others.

In one of his early works, 1872’s “Roughing It,” Twain was already castigating those who bullied and abused Chinese immigrants as the “scum of the population.” His disdain for xenophobia and prejudice only grew later in life.

He would be a fierce critic of Trump’s nativist rhetoric even if – perhaps especially if – he had previously praised Trump the entertainer.

By the early 1900s, Theodore Roosevelt was in the White House. Trump – whom some have compared with Roosevelt – has said that when he speaks of trying to “Make America Great Again,” one period he has in mind is around the turn of the 20th century.

Around this time, Twain was not just a celebrated author but a leading figure on the lecture circuit. As both a speaker and an essayist, he was known for his satirical jabs. A key target of his became American expansionists, whom he skewered in, among other works, the 1901 essay “To the Person Sitting in Darkness,” which lambasts Americans for committing violence across the Pacific under the guise of “civilizing” backward peoples.

In 1900, there were two U.S. military campaigns underway in China and the Philippines. In China, U.S. soldiers joined forces with a host of other countries to fight the anti-Christian Boxer militants and the Qing dynasty. In the Philippines, American troops brutally suppressed Filipinos who sought independence.

Teddy Roosevelt was an enthusiastic supporter of these campaigns. The main goal in the Philippines and in China, Roosevelt insisted, was not enrichment but defeating “barbarous” enemies.

Twain disagreed. In his caustic “Salutation Speech from the Nineteenth Century to the Twentieth,” Twain dismissed the military campaigns as “pirate raids” that “besmirched” Christianity’s reputation.

Where Roosevelt saw the Boxers as just the latest wave of savages to be suppressed, Twain viewed them as patriots defending their threatened homeland, spelling out his position in essays, personal letters and public lectures.

Sticking to his guns

The anti-imperialist Twain would likely have criticized other recent presidents. He wouldn’t have approved of George W. Bush’s invasion of Iraq, nor of the way Barack Obama employed drones.

Nonetheless, the writer would find Trump’s disparaging of Muslims and various other groups on the campaign trail – in addition to the immigration ban – particularly distasteful.

He wasn’t afraid to change his mind, and to admit that he had been wrong (as Trump is loath to do). He briefly supported the Spanish-American War, for example, but then spoke openly about how jingoism had blinded his moral concerns. And as American studies professor John Haddad has detailed, Twain’s previous praise for Cody didn’t stop him from walking out of a Wild West Show performance in early 1901. Cody had performed a reenactment of a 1900 Chinese battle, uniformly depicting the foreign invaders as heroes and the Boxers as barbaric villains. Twain thought his old friend was deeply misguided – and he let him know.

In 1901, Twain wasn’t alone in holding and expressing fervently anti-imperialist views. But he was in a minority. Most Americans felt that allied actions in China and U.S. ones in the Philippines were completely justified. So did many famous writers of the time, from Rudyard Kipling to “Battle Hymn of the Republic” lyricist Julia Ward Howe.

That’s one difference from today: Twain would find himself firmly in the literary mainstream – and would be far from alone in saying that a president who wanted to govern a truly “great” America should not look to the country at the turn of the 20th century for inspiration.

Jeffrey Wasserstrom is Professor of Chinese and World History at University of California, Irvine 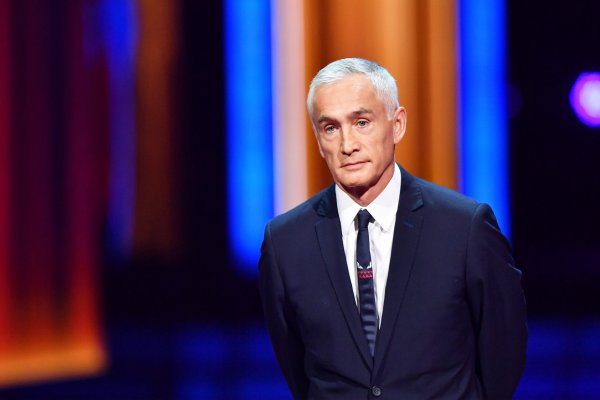 Jorge Ramos: Donald Trump, I Don't Want to Be Your Friend
Next Up: Editor's Pick