It’s a girl for Natalie Portman!

The Oscar-winning actress, 35, and her husband Benjamin Millepied have welcomed their second child together, her rep confirms to POEPLE.

“Natalie Portman and her husband Benjamin Millepied welcomed a baby girl, Amalia Millepied, on Feb. 22,” her rep tells PEOPLE. “Mother and baby are happy and healthy.”

Portman and French choreographer Millepied, 39, are already parents to son Aleph, 5½. They were married in 2012 in Big Sur, California.

Want all the latest pregnancy and birth announcements, plus celebrity mom blogs? Click here to get those and more in the PEOPLE Babies newsletter.

The star made her bump debut in September at the Venice Film Festival while promoting her movies Planetarium and Jackie — the latter of which generated Oscar buzz for Portman’s portrayal as former First Lady Jacqueline Kennedy Onassis directly following the assassination of John F. Kennedy. Although she attended the Golden Globes and Screen Actors Guild Awards while expecting, Portman — who was nominated for Best Actress — skipped the ceremony on Sunday due to her delivery.

In late November, Portman graced the red carpet at the 2016 Gotham Awards in New York City, dressed in a knee-length beaded frock by Rodarte that outfitted her growing baby bump delicately and stylishly.

Though Portman and Millepied, who met on the set of the actress’s 2010 hit thriller Black Swan, are notoriously private about their family life, the actress opened up in a summer 2016 piece for The New York Times’ T Magazine about how parenthood has changed her.

“[Parenthood] made me much calmer under stress, because there’s that weird parent thing you develop, that when things get really bad, your voice gets calm and your blood pressure slows, and you can make everything okay again,” she wrote at the time.

Added Portman of how time suddenly speeds up when you become a parent, “I hate saying it, cause ugh, we hated it so much when people said it to us. They always said it, and now we say it, and it’s awful, and we’re old. But it’s also true.”

E! News was first to report the birth. 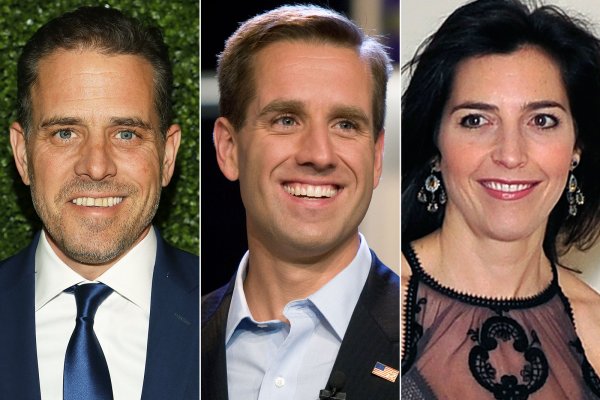 This Week in Motto: Finding Love in Grief
Next Up: Editor's Pick