Why I Hate Daylight Saving Time — and So Should You

William Willett never should’ve gotten a horse. If Willett hadn’t had a horse, he wouldn’t have been out riding early one morning in 1905, just outside of London. And if he hadn’t been riding, Willett, an English builder of fine homes, would not have had the harebrained idea that it might be nifty if England set its clocks forward 80 minutes from April to October so as to enjoy more sunlight in a summer season that had plenty of it to begin with.

But Willet did have a horse, and now here we are, about to set our clocks forward for Daylight Saving Time, something 84 countries will do around the world on a range of dates this year. And I hate it.

Let me concede that I am in a small minority in loathing Daylight Saving Time. (Which, by the way, is not Daylight Savings Time, plural, even though we all say it that way, a problem in nomenclature that is one more reason I hate it.) Let me concede too that most people do appear to have fun with an extra hour of sunlight in which to frolic or play or lie in the grass or whatever they seem to like to do in summer.

Daylight Saving Time begins in the U.S. on March 12 this year, when, at 2 a.m. precisely, the time will switch to 3 a.m. precisely for no discernible reason other than to require you to reset the estimated 87 digital clocks that flash at you from 87 different appliances around your house and will make you feel like a slacker all summer long if you don’t tend to them. So you will — and then you’ll have to set them back in the fall.

The original argument for Daylight Saving Time was not entirely crazy. It was signed into law in 1918 by President Woodrow Wilson to support the U.S. economy during World War I both by lengthening the workday and reducing the need for lighting in the evening hours, saving energy. The measure was sensibly repealed as the war ended, but was re-enacted during World War II and then, like ethanol subsidies, the penny and the arguments for returning to the gold standard, just refused to go away.

For at least some of us, that was bad news, especially because of the expectation that so much daylight carries. There are picnics to plan and Frisbees to toss and boats to sail and don’t forget your shorts and sandals even if you would never think of inflicting your feet on an unprepared world in any other season of the year. Staying indoors with the fireplace roaring in the deep-freeze of winter is smiled at as something sensible and pleasant and even cozy. Staying indoors with the AC going during the blowtorch of summer makes you the crazy recluse in the house on the corner.

In defense of summer dyspeptics like me, there may be some brain chemistry at work here. Seasonal affective disorder (SAD) — the gloom and even depression that many people experience during the darker days of fall and winter — is a common affliction, with incidence rates as high as 9.7% in snowy New Hampshire, and 1.4% even in Florida. The condition is generally attributed to reduced natural light, which disrupts circadian rhythms and hormone balance.

But there is reverse SAD too, which occurs with only one-tenth the frequency of regular SAD, causing the same gloom not as days shorten but as they lengthen. In this case, the problem is thought to be a disruption in the brain’s production of melatonin — a hormone that influences sleep cycles and can be secreted in greater and lesser quantities partly in reaction to light levels.

Alternatively, some researchers believe reverse SAD might simply be a result of the fact that it’s just too bloody hard to get to sleep at night when it’s light out so late, and then to wake up on time in the morning, when Daylight Saving Time performs its other little trick — with the sun actually seeming to rise later, giving you 6 a.m. light levels when your alarm clock says it’s 7 a.m. and time to get up.

No matter what, I’ve had enough. If you need to reach me in the next eight months, whatever you do don’t make it on June 21, the longest day of the year, when we will have an absolutely unpardonable 15 hours, five minutes and 35 seconds of daylight in the northeastern U.S., which will be 15 hours, five minutes and 35 seconds I plan to spend scowling. Best to catch me after Nov. 5, when the clocks — and the world — are set right again. 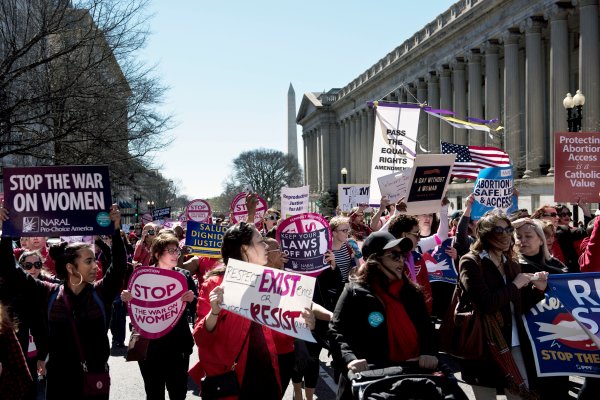