Jeff Sessions Recused Himself. So Who’s in Charge of Trump Investigations Now?

Attorney General Jeff Sessions announced this week that he would recuse himself from any investigations into President Donald Trump’s campaign. But the man who would run the probes in his place hasn’t been confirmed yet.

In the event that an attorney general recuses him or herself, which essentially means to step aside and decline to participate in an investigation, the responsibility then falls to the deputy attorney general. The Trump Administration, however, does not have an official deputy in place yet, and there’s a chance that neither the acting nor the confirmed deputy attorney general ends up overseeing campaign-related probes.

Who is the current deputy attorney general?

The post is currently held by Dana Boente, the U.S. Attorney for the Eastern District of Virginia. Trump appointed him in January after firing acting attorney general Sally Yates for refusing to defend Trump’s executive order imposing a travel ban on some immigrants from several majority-Muslim countries, which was being challenged in federal court.

For now, Boente is the person who would run any probes Sessions recused himself from. Sessions said in a Justice Department statement, “Consistent with the succession order for the Department of Justice, Acting Deputy Attorney General and U.S. Attorney for the Eastern District of Virginia Dana Boente shall act as and perform the functions of the Attorney General with respect to any matters from which I have recused myself to the extent they exist.”

Who is up for the confirmed position?

Boente might not be acting deputy attorney general for much longer. A Senate Judiciary Committee hearing is scheduled for next Tuesday on Trump’s permanent pick for the position, Rod Rosenstein. Rosenstein is the U.S. attorney for Maryland, one of the only George W. Bush-appointed U.S. attorneys that President Barack Obama kept in place, the Washington Post reports. Given that he would now oversee any Justice Department investigations into Trump’s campaign or connections to Russia, his hearing will likely be dominated by questions about how he would handle such probes.

The timeline isn’t set for when Rosenstein might be confirmed. If a relevant investigation is launched before then, or if he is not confirmed, Boente would be in charge.

Could it be neither of them?

There’s another option. Boente or Rosenstein, whoever is deputy attorney general at the time an inquiry is launched, could appoint a special prosecutor in his place. The rules for appointing a special counsel require three criteria to be met:

2. “That investigation or prosecution of that person or matter by a United States Attorney’s Office or litigating Division of the Department of Justice would present a conflict of interest for the Department or other extraordinary circumstances.”

3. “That under the circumstances, it would be in the public interest to appoint an outside Special Counsel to assume responsibility for the matter.”

Read More: What to Know About Jeff Sessions and Russia

Some members of Congressional leadership are already calling on Boente to appoint an outside prosecutor, including top Senate Democrat Chuck Schumer. 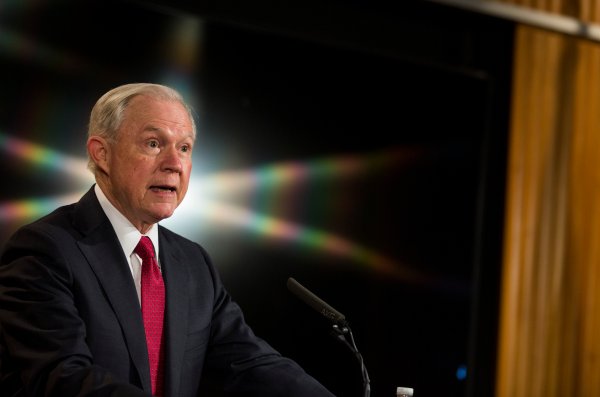 What to Know About Jeff Sessions and Russia
Next Up: Editor's Pick