Even to Luis Von Ahn, there are a few things about Duolingo, the mobile-phone based language learning app that he co-developed five years ago, that don’t make a lot of obvious sense. Like the fact that bilingual people tend to study languages they already speak fluently. Or that the easiest language to learn — Esperanto — is one that no one speaks at home (German, by the way, is one of the hardest to learn). Or the fact that in Sweden, Duolingo’s most popular language course is… Swedish.

What he does know is that his simple idea to take on the Rosetta Stones, Berlitzs and Pimsleurs of the world with an addictive, video-game-like app is changing how we think about learning languages. And now, for the first time, Duolingo is adding an African language to its 68-course lineup: Swahili, the lingua franca of eastern Africa.

“We started looking around and realized that we are teaching almost every European language you can think of, but we had no African languages,” says Van Ahn, who spoke to TIME while at the Design Indaba in Cape Town, an annual event celebrating design, technology and art on the African continent and beyond.

Duolingo has more than 150 million users around the world; in the United States, where the company is based, there are more people learning languages on Duolingo than there are in the entire U.S. public school system. An independent study conducted by the City University of New York has shown that 34 hours on Duolingo are equivalent to a university semester of language classes. And all the classes, whether you are a Spanish speaker learning English, or an English speaker learning Welsh (or Italian, Vietnamese, Klingon or a variety of other languages) are absolutely free.

Free language courses are not exactly profitable, but that’s not the point, says Von Ahn. After Google bought his company CAPTCHA — that little test of squiggly letters most website forms use to make sure users are humans and not other computers — in 2009, the Carnegie Mellon University computer science professor could afford to pursue a passion project. Language learning wasn’t his goal, he says, but he was interested in improving education so that people of all social classes could access better life opportunities.

“There are 1.2 billion people learning a foreign language,” says Van Ahn, who was born in Guatemala. “Two thirds of them are learning English, either to get a job or to go to school so they can get a job. So what most of them are really doing is trying to get out of poverty.” The irony, he says, is that the average cost of learning a language, either through classes or a computer-based language program like Rosetta Stone, will cost at least $1,000 to get to fluency. “So we decided to do languages, for free.”

So far, the Swahili course is for English speakers who want to learn the language spoken predominantly in Kenya, Tanzania and parts of the Democratic Republic of Congo. But once it launches, on March 3, programmers will be able to work on reverse-translating the courses so that Swahili speakers can learn English, opening up opportunities for a wide swath of East Africa.

A day before the launch, Von Ahn decides to take the first lesson of the Swahili course through a trial run. He hovers his cursor over a phrase: “Wewe ni Mtanzania,” he reads. “Does this mean ‘we are Tanzanian?’” He types a tentative translation into the text box. It blinks red. “Oh, no, it means you. You are Tanzanian.” Despite the initial setback, Von Ahn quickly gets into the rhythm, Reading, typing, speaking and laughing. When his first missed question comes up again, he goes into app tester mode, and tries typing with a Southern U.S. accent: “Hey, let’s see if ‘y’all’ works. ‘Y’all are Tanzanian,’” he types. The screen flashes green. “Hey, it accepted it. That’s pretty funny.” He ends the first lesson with only one mistake. “That was easy,” he grins, as he starts another.

When Duolingo first started, with French, Spanish, English for Spanish speakers and German, the idea was to bring in a small team of linguists for each language to develop the course. But demands started pouring in for other languages, and the team quickly realized that it would be impossible to replicate the model. “Where are we going to find three Swahili speakers in Pittsburgh?” Von Ahn asks. (Duolingo is based at Carnegie Mellon in Pennsylvania). “I am sure they exist, but they are very hard to find.”

Instead, Duolingo decided to tap its rapidly growing language community for volunteers. Von Ahn and his team adapted the app’s machine-learning program so that it could take a native speaker’s language skills and turn them into bite size lessons for a digital classroom. On average, the volunteers work in teams of three for 15-20 hours a week to come up with about 20,000 short sentences and their translations. Then more volunteers are brought in to fine-tune the testing phase.

The Swahili team, pulled from the United States’ Peace Corps language-training program in Tanzania, took nearly a year to complete the testing, says Branden Ryan, the Gender Equality and Women’s Empowerment Coordinator for the Tanzania Peace Corps program, and one of the founding members of the Swahili team. “It was a lot of hours, yes, but it was a labor of love,” he says, speaking by telephone from Tanzania.

Von Ahn pulls up a map of all the most popular languages studied on Duolingo per country. So far English (green) and French (blue) dominate in Africa—logical considering the colonial ties to England, France and Belgium. Then he scrolls up to Europe. “This is the weird one,” he says, pointing to Sweden, which is colored pink, for Swedish. “So the most commonly learned language in Sweden is Swedish.” He waits a beat. “And it is actually Swedish from Arabic. It’s refugees.”

Duolingo’s Arabic to other languages programs are booming in Europe, thanks to the influx of refugees from Syria and Iraq. “Fascinating, isn’t it?” Von Ahn asks. “I never would have expected it.” But he was expecting to make a difference with his app. The map is already showing that he has. 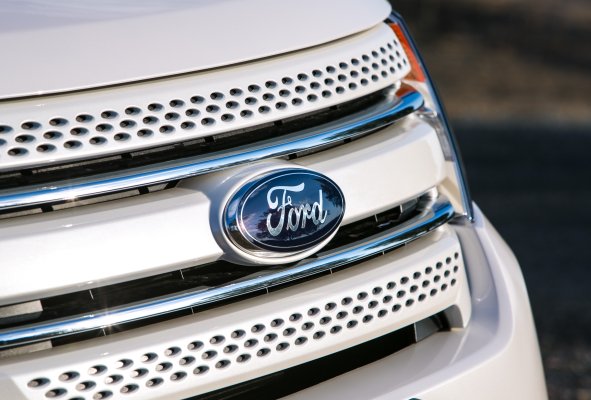