Calais Mayor Bans Charities From Handing Out Meals to Migrants

Migrants get food and water near the "Jungle" migrant camp in Calais, northern France, on Oct. 27, 2016.
Philippe Huguen—AFP/Getty Images
By Joseph Hincks

Volunteers and refugee charities have been banned from providing food to migrants in Calais after the city’s center-right mayor said distributing meals constituted a security threat.

Natacha Bouchart’s mayoral decree, signed Thursday, states that the “regular, persistent and large presence of individuals distributing meals to migrants” threatens peace and security in the area. It’s part of a broader drive to block the establishment of a new refugee camp in the port city, The Guardian reports.

Hundreds of migrants have reportedly returned to Calais since its massive refugee camp, dubbed “the jungle,” was razed three months ago. But local charities’ plans to provide showers for teenage migrants have already been blocked and food distribution volunteers have been forced to operate in secret.

Sarah Arrom, a volunteer with a Utopia56, a France-based charity that provides aid to refugees, told The Guardian police had used teargas to disperse volunteers serving food to a group of around 30 teenagers. “They wanted to stop the distribution and they wanted to stop people from sleeping in the area,” she said. “There has never been teargas before when we’ve been trying to hand out food.”

Arrom added that despite the ban the charity would continue to distribute food “for the simple reason that people are hungry.” 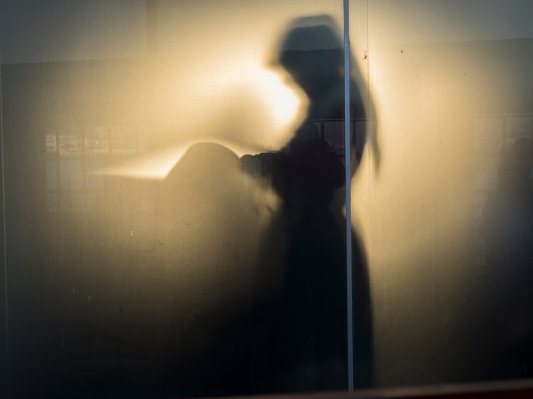 The Story Behind Indonesia’s First Female Suicide Bomber
Next Up: Editor's Pick