New York Governor Andrew Cuomo ordered state police on Thursday to investigate vandalism at a Jewish cemetery in Rochester after several other Jewish cemeteries were destroyed in recent weeks.

At least five headstones were knocked over at Waad Hakolel Cemetery in Rochester this week, according to the Democrat & Chronicle. Michael Phillips, the president of the non-profit that oversees the cemetery, told the newspaper there was no evidence this was an incidence of anti-Semitism.

Despite the smaller number of headstones damaged in New York, Cuomo said the vandalism in his state could be part of a spike in threats aimed at the Jewish community this year. Since the start of 2017, Jewish community centers around the country have received frequent bomb threats that have turned out to be hoaxes.

“Given the wave of bomb threats targeting Jewish community centers and disturbing vandalism at Jewish cemeteries nationwide, I am directing the State Police to immediately launch a full investigation into this matter,” Cuomo said in a statement.

This is not the first time a Jewish cemetery in New York has seen its headstones vandalized. In 2014, the Britton Road Cemetery saw 40 headstones knocked over, according to the Democrat & Chronicle, but police found that incident was not motivated by hate. 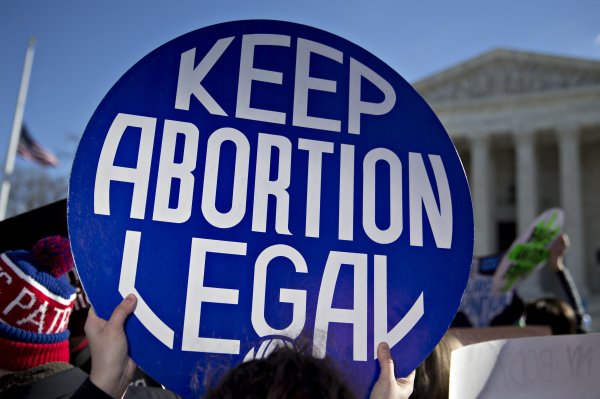 These Coders Are Fighting to Protect Abortion Rights
Next Up: Editor's Pick