House Speaker Paul Ryan said that Attorney General Jeff Sessions should only recuse himself from investigations into Russia if “he himself” is the subject of the investigation.

Speaking at a brief press conference on Capitol Hill, the Wisconsin Republican said he “hadn’t read” the transcripts of what Sessions told the Senate Judiciary Committee at his confirmation hearing about whether he met with Russia and could not speak to whether it was accurate.

“Should he recuse himself?” he said. “I think he answered that question this morning, which is if he himself is the subject of an investigation, of course he would. But if he’s not, I don’t see any purpose or reason to doing this.” 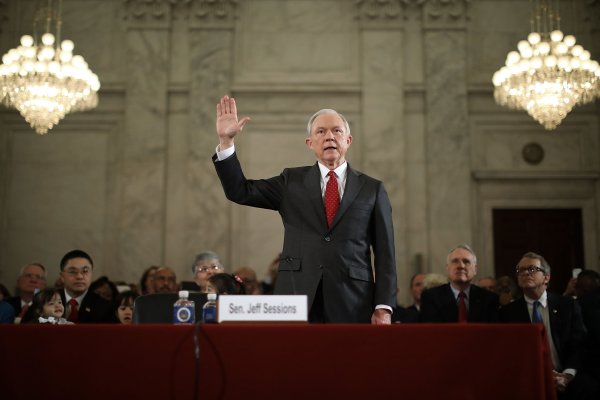 Here's Exactly What Jeff Sessions Said About Russia at his Confirmation Hearing
Next Up: Editor's Pick