The former Maine Energy Recovery Co. site, seen from the corner of Lincoln Street and Pearl Street, was purchased by the city of Biddeford, Maine in 2012. The 8.4-acre site received funding from the Environmental Protection Agency through a brownfields cleanup grant.
Derek Davis—Portland Press Herald/Getty Images
By Justin Worland

President Trump’s administration is planning big cuts to the Environmental Protection Agency (EPA), with the aim of moving the organization away from climate programs that grew under President Obama. But the proposed 25% cut to the EPA’s budget would also slash funding to dozens of other initiatives that support clean air and water, which environmental and public health groups say would put human wellbeing at risk almost immediately.

“I can predict with certainty that if those cuts prevail — and I’m not predicting they will — millions of people around the country will be exposed to unhealthful air,” says Bill Becker, executive director of the National Association of Clean Air Agencies. “It could literally be the difference between protecting public health and premature death.”

The proposed cuts — which were not released publicly but have been reported widely and were shared with TIME — represent just the first stage of a winding budget process, and many environmental policy experts do not expect that such drastic cuts will win the approval of Congress. Many environmental programs — including grants to states — remain popular on both sides of the aisle. Indeed, EPA Administrator Scott Pruitt has already said he is in talks with the White House about maintaining certain state grants that appear to be targeted in the first budget.

“I am concerned about the grants that have been targeted, particularly around water infrastructure, and those very important state revolving funds,” Pruitt said, according to a report in E&E News. “The importance is setting priorities as an agency and then allowing the budget to be formed around that.”

Trump has repeatedly said that he wants to “promote clean air and clear water” but without deep cuts across the board at the EPA, Trump is unlikely to be able to deliver on the 25% target.

Here’s a look at what’s proposed for some affected programs and what they mean for public health:

Much of the work protecting the country’s air and water is left to the states. Trump and Pruitt have called for increased reliance on states in environmental matters, but the proposed budget cuts grants to states and tribes by 30%, according to Becker. Those grants cover a wide variety of initiatives aimed at protecting public health. For instance, the Trump budget cuts funding to implement the Clean Air Act in states and localities from about $227 million to less than $160 million, grants to implement the Clean Water Act from $230 million to $161 million and grants to address lead poisoning from about $14 million to less than $10 million.

The long lifespan of diesel vehicles means that many old diesel engines remain on the road today despite changing emissions standards. In short, old vehicles emit far greater levels of dirty pollutants than new ones. This program, which receives approximately $50 million annually from the EPA, funds efforts that reduce emissions from old diesel engines and in turn reduces the risks of asthma and lung conditions. The budget calls for defunding the program, according to Becker.

Trump has declared himself an enemy of many environmental regulations that keep companies from polluting air in the U.S., but he cannot undo most of them with the stroke of a pen. However, his proposed budget cuts funding that enables enforcement personnel to ensure that the rules are followed. The EPA’s civil enforcement budget alone would be cut from $171 million to $153 million under the proposal, according to Becker. 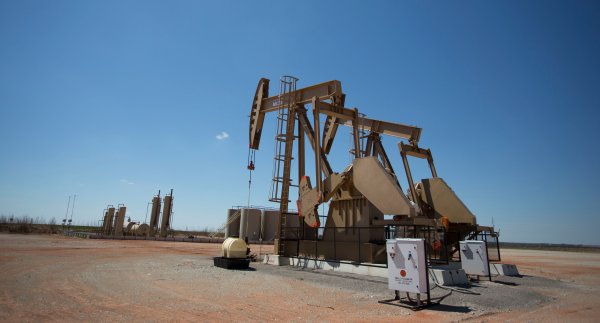 Man-Made Earth Will Continue to Threaten the U.S. in 2017
Next Up: Editor's Pick