Senate Minority Leader Chuck Schumer and House Minority Leader Nancy Pelosi called on Attorney General Jeff Sessions to resign over reports that he spoke with Russia’s ambassador to the United States during the presidential campaign.

The two leaders’ remarks were echoed by many other Democratic lawmakers after the Washington Post first reported the connection, especially after Sessions had said during his confirmation hearings that he had not had contact with Russians during the campaign.

Republicans, meantime, either called on Sessions to recuse himself from investigations related to Russia and the election or defended him.

House Majority Leader Kevin McCarthy has already made conflicting statements: on MSNBC’s Morning Joe the Republican leader said “I think, the trust of the American people, you recuse yourself in these situations,” but less than an hour later on Fox, he said his statement was misunderstood and “I’m not calling on him to recuse himself.”

In a statement Wednesday, Sessions said, “I never met with any Russian officials to discuss issues of the campaign. I have no idea what this allegation is about. It is false.”

Here’s a look at which positions members of Congress have taken on the controversy.

Schumer: “The information reported last night makes it clear beyond the shadow of a doubt that Attorney General Sessions cannot possibly lead an investigation into Russian interference in our elections, or come anywhere near it. With these revelations, he may very well become the subject of it. … Because the Department of Justice should be above reproach, for the good of the country, Attorney General Sessions should resign.”

Pelosi: “First, it’s clear Attorney General Sessions must immediately recuse himself from any and all investigations into Russian ties to the Trump campaign and interference in the 2016 election,” the top House Democrat said in a statement. “The fact that he spoke with Russians and then, under oath, denied it is unacceptable. If the attorney general refuses to recuse himself, he should resign.”

Sen. Elizabeth Warren: “We need Attorney General Jeff Sessions – who should have never been confirmed in the first place – to resign,” the Democratic senator from Massachusetts tweeted. “We need it now.”

Sen. Kamala Harris: “Attorney General Sessions deceived Congress and the American people, irreparably damaging his integrity, and is therefore ineligible to serve as the top law enforcement official of our country,” the Democratic senator from California said in a statement. “He must resign immediately.”

Sen. Ed Markey: “AG #Sessions should resign,” the Democratic senator from Massachusetts tweeted. “This is exactly why we need an independent special counsel to investigate #TrumpRussia”

Sen. Kirsten Gillibrand: “It’s clear that AG Sessions gave false testimony under oath at his hearing. This should disqualify him from leading the Justice Department,” she tweeted.

Rep. Elijah Cummings: “His statement was demonstrably false, yet he let it stand for weeks — and he continued to let it stand even as he watched the President tell the entire nation he didn’t know anything about anyone advising his campaign talking to the Russians,” the Democratic Maryland representative said in a statement. “Attorney General Sessions should resign immediately, and there is no longer any question that we need a truly independent commission to investigate this issue.”

Rep. Jan Schakowsky: “Under oath, Jeff #Sessions said: “I did not have communications with the Russians.” He did. That’s perjury. He must resign,” the Democratic representative from Illinois tweeted.

Rep. Jason Chaffetz: “AG Sessions should clarify his testimony and recuse himself,” the Republican leader of the House Oversight Committee tweeted.

Sen. Lindsey Graham: The Republican senator from South Carolina said that if the FBI finds that Trump’s campaign had illegal contact with Russia, Sessions “cannot make [the] decision” over whether to prosecute and should recuse himself, CNN reports.

Sen. Patrick Leahy: “No more excuses, recuse yourself and appoint a Special Counsel immediately, and come clean about any contacts you had with the Russians,” the Democratic senator from Vermont said in a statement. “It is an egregious breach of public trust that Attorney General Sessions has not already recused himself. Now we must ask whether he has perjured himself.”

Sen. Amy Klobuchar: “Attorney General Sessions should recuse himself from investigations related to Russian interference in our democracy,” the Democratic senator from Minnesota said in a statement. “He said he would if there was a conflict of interest, and it is clear that there is.”

Sen. Al Franken: “It’s clearer than ever now that the attorney general cannot, in good faith, oversee an investigation at the Department of Justice and the FBI of the Trump-Russia connection, and he must recuse himself immediately,” the Democratic senator from Minnesota said in a statement.

Sen. Brian Schatz: “Only way to staunch bleeding today is for Mr. Sessions to remove himself, have independent inquiry. Anything else will make it worse,” the Democratic senator from Hawaii tweeted. 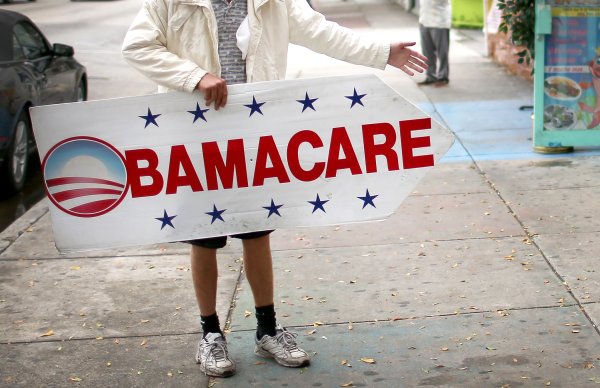 Conservatives Threaten to Torpedo Obamacare Repeal
Next Up: Editor's Pick