Brad Pitt and Jennifer Aniston Keep in Touch Via Text

Brad Pitt and Jennifer Aniston are keeping up with their friendship.

A source close to Pitt confirms to PEOPLE that the actors have been texting recently and continue to keep up with each other amid his split from Angelina Jolie. “They have been friends for a while and often text,” the source says.

Pitt and Aniston divorced in 2005 after five years of marriage, but the recent communication isn’t out of the ordinary — the two are just friends keeping in touch. “This is nothing new, he didn’t have to jump through hoops to get Jennifer’s number,” the source adds.

Pitt and Jolie have been involved in custody negotiations after Jolie filed for divorce in September 2016. The actors have been in court to find a custody agreement over their six children — Maddox, 15, Pax, 13, Zahara, 12, Shiloh, 10, and 8-year-old twins Knox and Vivienne. Pitt and Jolie split after two years of marriage and over a decade together. The two have been working out a settlement privately.

Aniston recently celebrated her 48th birthday in Mexico with her husband, Justin Theroux. The couple have been dating since 2011 and were married at a private ceremony in August 2015. They most recently stepped out together at the Oscars, where Aniston presented the In Memoriam segment for the show. 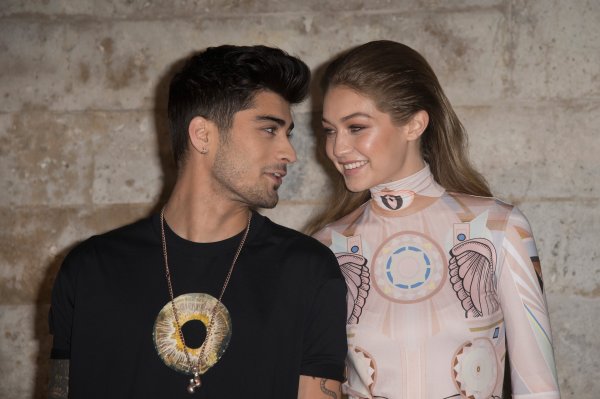 Gigi Hadid Shares Her Feelings for Zayn on Instagram
Next Up: Editor's Pick