Uber Is Facing a Leadership Crisis That Could Cause Lasting Damage

“I make sure every year is a hard year,” Uber CEO Travis Kalanick said in early February. “That’s kind of how I roll.”

At the time, Kalanick had no idea how grueling his year was about to become. Case in point: The very video in which Kalanick made these comments, which was recorded by a dashboard camera inside an Uber vehicle. The footage was then given to Bloomberg by the driver after the two had a heated argument over falling fares at the car-hailing service.

In most instances, taping and then making public the private conversations that occur inside an Uber would reflect badly on the driver. Violating passenger privacy is generally seen as wrong, even if the passenger happens to be a man whose company tracks its users closely and has been known to hire private investigators to target its critics. Not so this time. While some observers found the video creepy, most coverage and commentary directed scorn in Kalanick’s direction.

The video is notable not only as the latest blow in what is surely Uber’s worst month ever, but also because it underscores just how forcefully the sentiment has turned against Uber under Kalanick’s leadership. Uber has long faced the wrath of taxi companies, regulators and frequently its own drivers around the world. It countered — often successfully — that it was disrupting an aging industry and benefiting riders.

But Uber has had less success responding to incidents that painted the company as intrusive on user privacy, vindictive against media critics, and sometimes cavalier about rider safety. And for many of its users, the gradual accretion of controversy after controversy began to add up, until the proverbial last straw was added.

For many, that moment came in late January, when reports Uber tried to profit from a taxi strike protesting President Trump’s travel ban sparked a “#deleteuber“ boycott campaign. Uber argued that its actions were misunderstood, but for many of the 200,000 users who removed Uber’s app from their phones, the problem wasn’t just one instance of troubling behavior, but a longtime pattern of missteps.

Kalanick left a Trump business advisory council amid the protests. But Uber’s mounting troubles were only getting started. In early February, Uber sued the city of Seattle over a law allowing its workers to unionize, which didn’t help its already labor-unfriendly image. Then Pittsburgh’s mayor, one of the company’s few political allies, publicly turned against the company. Then came a blow that has left the tech giant reeling: A blog post from an Uber engineer detailing a long and common pattern of sexual harassment at the company. (A similar but anonymous account soon followed.) Seemingly overnight, Uber went from the darling of Silicon Valley to the poster child of misogyny in the workplace.

Uber moved quickly to address the new crisis, but soon lost control of the debate. The New York Times spoke with 30 employees who painted a picture of a “Hobbesian” environment. Two early and influential investors made the rare public demand that the company change the “toxic pattern” of its workplace culture. A recording of a tense meeting between Kalanick and 100 female engineers leaked, adding to Uber’s woes.

And the hits kept coming: In the past week, Google sued Uber for stealing its technology, reports emerged that Uber lied about a self-driving car running a red light, and a senior executive stepped down amid allegations of sexual harassment. By the end of the month, as more users contacted Uber to delete their accounts, Uber turned to personal pleas, saying it was “deeply hurting” from the scandals. (Late Tuesday brought news that some never expected from Kalanick even if they thought it necessary: He emailed his staff to say he was ashamed of his behavior in the video, in which he scolded the driver to take responsibility for his problems. Kalanick vowed to “grow up” and find help in leading Uber. The difference between those two Kalanicks speaks not only to how far Uber has fallen in the past month, but how far it has to go in the future.)

This firehose of controversies would be tough for any company to withstand. It’s even harder because of the timing. Uber has already raised $12 billion in private investment rounds, and it’s expected to tap public markets soon. That’s in part why Kalanick can’t blithely push past its critics and controversies this time. Uber is still spending more money on operations than it’s making in revenue, which means the profitability that public investors would expect may still be years away. The company’s actions are not only tainting its public image, it’s also driving away customers. And if longtime private investors are speaking out about the company, how will the more skittish investors in public markets respond?

Not long ago, many in Silicon Valley saw Uber as role model for startups hoping to spark big change in the world — and amass a fortune in the process. It used to be that calling your startup the “Uber of something” was such a common gambit it became a cliché. Today, nobody’s calling themselves the Uber of anything.

Correction: Due to an editing error, the original version of this story misstated the amount of money that Uber has raised in private investment rounds. It is $12 billion. 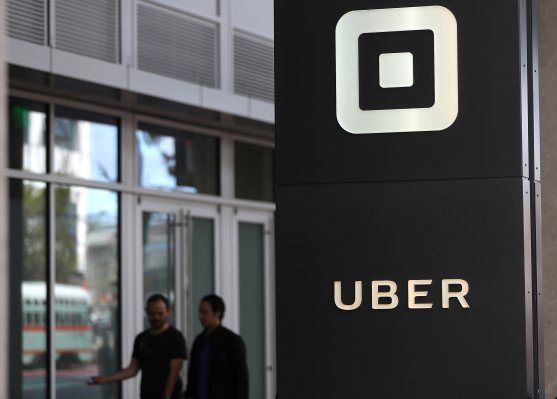 Uber Launches Investigation Into Sexual-Harassment Claims
Next Up: Editor's Pick