The risk of man-made earthquakes will decline slightly in 2017, though parts of the central United States remain threatened, according to a new report.

Man-made earthquakes are primarily the result of wastewater injection, a process where the liquid byproduct of fracking is disposed of deep underground. The frequency of earthquakes in the central U.S. has increased hundreds fold since the dawn of widespread fracking nearly a decade ago.

Regulations on wastewater injection and declining oil and gas prices both likely contributed to the decline in earthquakes, according to Mark Petersen, who heads the USGS National Seismic Hazard Mapping Project. “I don’t know when or if it will go back to the pre-2008 era,” he said on a conference call for journalists. “But I think it’s hopeful that we can considerably decrease the number of earthquakes in that region.” 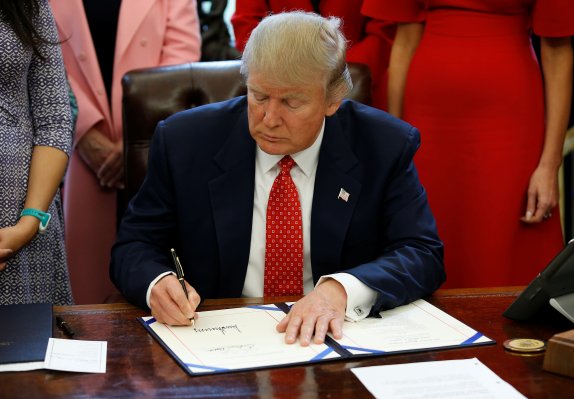 What to Know About Trump's Clean Water Executive Order
Next Up: Editor's Pick