Donald Trump’s presidency has already provided rich fodder for comedians like Alec Baldwin, who regularly portrays the president on Saturday Night Live. Now, Baldwin is teaming up with novelist Kurt Andersen to write a book satirizing the president called You Can’t Spell America Without Me: The Really Tremendous Inside Story of My Fantastic First Year as President Donald J. Trump.

Andersen, a founding editor of Spy, the magazine that famously called Trump a “short-fingered vulgarian,” said there will be more to it than just Baldwin’s impression. “I think we’ll be channeling and amplifying the real Trump,” he told the New York Times. “Writing for a five- or 10-minute sketch is different than writing a book, which has to be a narrative.”

Baldwin noted that Andersen would be doing most of the writing. “We have that arrangement whereby he doesn’t put on the wig, I don’t open up a Word document.”

Penguin Press will publish the book in November. 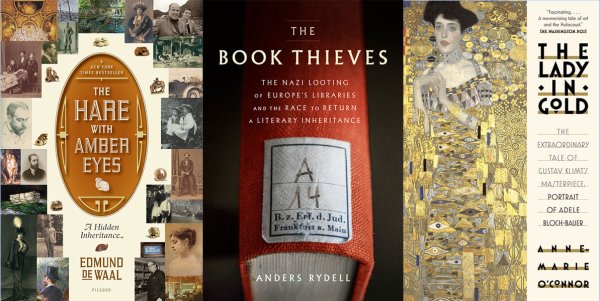 6 Books About the Things Nazis Stole
Next Up: Editor's Pick