The Mississippi House of Representatives killed a bill that would have added domestic abuse to the state’s grounds for divorce.

The Clarion-Ledger reported that Republican state Rep. Andy Gipson, the chairman of the House Judiciary B Committee, killed a bill that would allow domestic violence as grounds for divorce in the state. The bill was previously approved by the State Senate. “Given our high divorce rate in this state, the floodgate is already open — we don’t need to completely tear it down,” Gipson said about the bill, according to the Clarion-Ledger.

Gipson argued that the bill didn’t define domestic abuse narrowly enough and that spousal violence was already covered by the “habitual cruel and inhuman treatment” grounds. “To me the way it’s worded could possibly be interpreted that if someone raised their voice at their spouse, is that domestic assault?” Gipson said, according to the Clarion-Ledger. “If that’s the case, then a lot of people would have a ground for divorce in Mississippi.”

Republican State Sen. Sally Doty, who authored the bill, said she was “disappointed” that the committee killed the proposal. “I’m sure it’s even more disappointing to those victims of domestic violence who are out there in the state of Mississippi that need some help getting out of a marriage,” Doty said, according to the Clarion-Ledger.

Mississippi has one of the strictest set of divorce laws in the country and is one of only two states, according to the Clarion-Ledger, that lacks a unilateral “no-fault” divorce provision. (South Dakota is the other state). That means that one partner can delay a divorce if he or she doesn’t want one. The state currently has 12 grounds for divorce, which include adultery, habitual drunkenness or drug use, natural impotency and habitual cruel and inhuman treatment. The state has the seventh highest divorce rate in the nation, according to a 2016 study from the National Center for Family & Marriage Research.

Last year, a similar bill that would have added domestic violence as a reason for divorce in the state died in the House and Senate conferees, according to the SunHerald, after lawmakers added a divorce ground that allowed for willful separation with no intent to return to the marriage.

“Victims of domestic violence suffer from our current divorce system,” Sandy Middleton, director of the Center for Violence Prevention, said, according to the Clarion-Ledger. 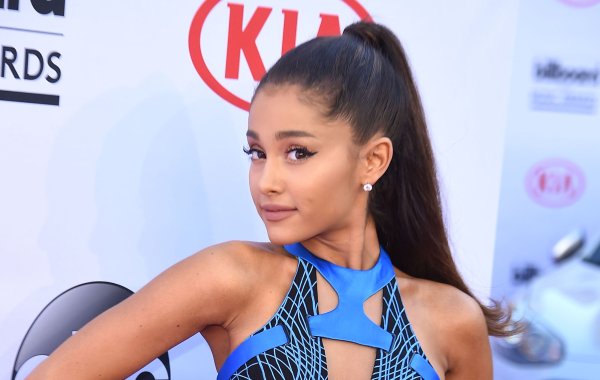 Ariana Grande Says She Doesn't Need a Relationship to Complete Her
Next Up: Editor's Pick