These 200 Mile-Per-Hour Race Cars Are Driven By Computers

Roborace, the driverless car championship that has been under development for more than a year, unveiled its vision for the future on stage Monday at Mobile World Congress in Barcelona.

For the startup, that future is an electric race car that can reach a top speed of 199 miles per hour that’s driven by software, not humans.

The car was revealed by Roborace CEO Denis Sverdlov and the company’s chief design officer Daniel Simon during a keynote address on the evolution of autonomous vehicles. Simon, who designed the car, is an automotive futurist responsible for creating vehicles for movies, including the cycles in Tron: Legacy.

“Roborace opens a new dimension where motorsport as we know it meets the unstoppable rise of artificial intelligence,” Simon said Monday. “We take special pride in revealing a functional machine that stays true to the initial concept shared, a rarity in automotive design and a testament of our determination. It’s a great feeling to set this free.”

The vehicle, which has four motors and a 540 kilowatt battery, is made primarily of carbon fiber. The hardware tech in the car includes five light ranging and detecting radar sensors known as LiDAR, two radars, 18 ultrasonic sensors, two optical speed sensors, six artificial intelligence cameras, and a global navigation satellite system. Charge, an electric truck company from the UK, is providing the power electronics and motors for the Robocar. The company, which is backed by Sverdlov’s London-based investment fund Kinetik, is also the official electric truck partner of Formula E. Kinetik is also backing Roborace.

The brain of the Roborace car is powered by Nvidia’s Drive PX 2 supercomputer, which is capable of up to 24 trillion AI operations per second. Drive PX 2 uses deep learning for 360-degree situational awareness around the car, to determine precisely where the car is and to compute a safe, efficient trajectory.

To be clear, these are not remote-controlled cars. Software engineers develop the artificial intelligence algorithm for a particular race. Once the brains are placed in the car, the engineers no longer have any control over the vehicle.

Roborace will provide an open AI platform that will let companies develop their own driverless software.

Unlike traditional race series, every team will have identical Roborace car designed by Simon. Only the software will be different.

The driverless race series, which was first announced in November 2015, aims to be the first commercial races using self-driving car technology. The car championship will be featured on the international Formula E all-electric race circuit. 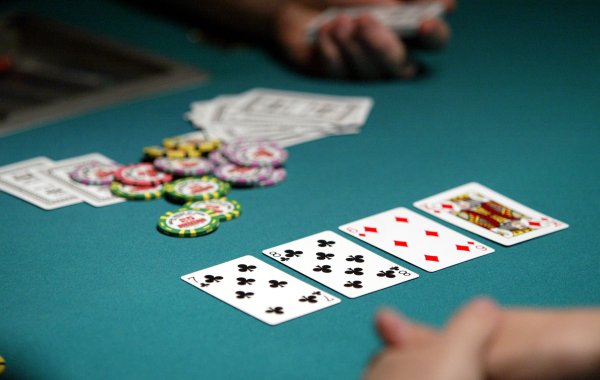 How This AI Poker Bot Beat the Best Human Players
Next Up: Editor's Pick