Bob Harper, host of NBC’s The Biggest Loser weight loss show, has said he is “feeling better” just over two weeks after suffering from a heart attack.

Harper, who took over as a host on the show in 2016 after serving as a trainer on it, thanked everyone for “the outpouring of messages and support” in a heartfelt Facebook post, accompanied with a picture of him wearing a hospital gown in bed.

“Well I guess you all heard what happened,” he wrote. “Two weeks ago yesterday I had a heart attack. I am feeling better. Just taking it easy… I’m lucky to have such good friends and family to take care of me right now.”

In an interview with TMZ, Harper said his heart attack was to do with genetics and his mom died from one. He added that he was working out in a gym in New York City when he collapsed. 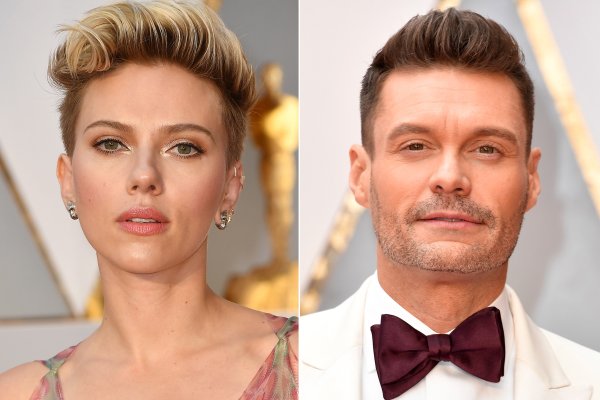 Scarlett Johansson Shot Down Ryan Seacrest on the Oscars Red Carpet
Next Up: Editor's Pick