The Anti-Defamation League evacuated its San Francisco regional office after it received a bomb threat call on Monday afternoon.

The incident was the latest in a series of 20 threats fielded by Jewish organizations across the U.S. on Monday, and the second bomb threat called in to an ADL office in the last week, the league said in a statement.

A wave of anti-Semitic threats has recently hit Jewish groups, as part of the rise in racist and anti-Semitic incidents since the presidential election in November, according to civil rights experts. Bomb threats have been called in to dozens of Jewish community centers and organization in January and February. More than 100 headstones were vandalized at a Jewish cemetery in Philadelphia over the weekend, less than a week after a similar incident in Missouri.

“One threat or evacuation is one too many, and yet we’ve now seen more than 20 incidents in a single day not just to ADL, but to children’s schools and community centers — and more than 90 incidents since the start of this year,” ADL CEO Jonathan A. Greenblatt said in a statement. “The level of threats and incidents is astounding, and must not stand. We will do everything in our power to combat this wave of anti-Semitism.”

Police investigated the bomb threat on Monday and found no evidence of a bomb, the San Francisco Chronicle reported. 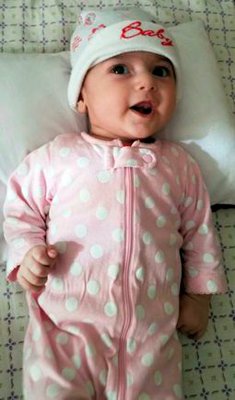 Iranian Baby Banned by Trump Gets Life Saving Treatment
Next Up: Editor's Pick