Goodbye to My Friend Bill Paxton, a Talented, Kind and Damn Funny Man

Bill and I started together on low-budget Roger Corman films, and came up together, through the 80’s and 90’s, working together as actor and director. He ultimately acted in over 60 films, including Twister, Aliens, Apollo 13, True Lies, Titanic and Edge of Tomorrow, as well as many TV films and series, including his critically acclaimed Big Love. For 36 years he was one of my closest friends, a friendship that went far beyond our work together.

Of course even now, after his long and celebrated career, one of his most memorable characters remains one of his earliest: Private Hudson in Aliens. His wail, “It’s game over man!,” is as funny today as it was 31 years ago. It was the voice of the everyman, a quintessentially human response to fear and hopelessness.

The night before his heart surgery, which was ironically on Valentine’s Day, we had what was to be our last conversation. He was upbeat, even joking about being scared, saying “I feel like Hudson.” We both had a laugh riffing on “It’s game over man!” But tragically, for Bill, it was game over.

He will be greatly missed by all who knew and worked with him. He was always bursting with enthusiasm and ideas. I never met an actor or filmmaker who didn’t say he was one of the most likeable people they’d ever worked with. Of course, this business is not about being liked, but to stay sane and decent while doing some of the best work out there was Bill’s unique gift.

Some of Bill’s characters were plain-spoken, old-school men, humble and stoic. For these, he called on his Texas roots, and his own personal moral compass. But for others, like Simon the sleazy car salesman in True Lies, he went big and far from his own principles. Bill loved human frailty writ large. He swung for the fences as the blustering faux secret agent trying to seduce the plain-Jane wife of a licensed-to-kill Arnold Schwarzenegger. When he collapses into spineless pleading for his life near the end, he goes beyond caricature to pure classic.

Bill loved westerns, both period and contemporary, and played memorable characters on both sides of the law. As a small town sheriff in contemporary Arkansas in One False Move, Bill beautifully inhabited an average man who steps up to heroism, in the classic Western tradition. This film set the stage for the later part of Bill’s career, playing quieter, more internal characters. It certainly showed a side of him the world hadn’t seen before.

When another actor fell out at the last minute, I called Bill to play treasure hunter Brock Lovett in Titanic. He signed up without reading the script. In fact, I think he read it on the plane to the location. Then he notched up another indelible performance, and helped propel that film to a Best Picture Oscar.

A few years later I called him to come dive in the Russian Mir submersibles to the real Titanic wreck, just for the sheer hell of it. In the resulting documentary, Ghosts of the Abyss, Bill graduates from playing a deep ocean explorer to actually being one, diving to the wreck four times. On the first dive, his comical on-screen trepidations about descending two and half miles down into the black abyss required no acting at all. Bill’s narration of the film reflects his own sensitive soul and his respect for the storytelling we call history, and perfectly captures the gravitas and humanity of the Titanic tragedy. In many ways, he and I were prouder of that second Titanic collaboration than we were of the movie itself.

He directed two feature films, Frailty and The Greatest Game Ever Played, in both cases showing total mastery of the medium. Bill believed in meticulous preparation, both behind the camera and for his acting. He once showed me the margin notes in his script for True Lies, and I was stunned to see that the broadest, most improvisational-seeming gestures of his Simon character were minutely detailed, like an astronaut’s checklist.

All of Bill’s characters were aspects of Bill the man: his humor, his decency, his rebellious spirit, his strong moral principle, his sense of the outrageous. Throw them all in a blender and you get Bill. But what you can’t see in his on-screen personas is his dedication to his family and friends, his careful tending of relationships, often manifested in hand-written letters that were always incredibly kind and thoughtful – so refreshing in this age of digital laziness. He was a lover and collector of art, broadly read, easy to talk to, always interesting and interested, always questing after some new story to tell. He was loyal, decent, kind and so damn funny.

With all of Bill’s gusto for life, his pure joy in the human experience, it’s difficult for me to process that he’s gone. The world seems quieter. Less filled with spirit. But I take solace that through his vast body of work, Bill lives on in the afterlife of cinema. 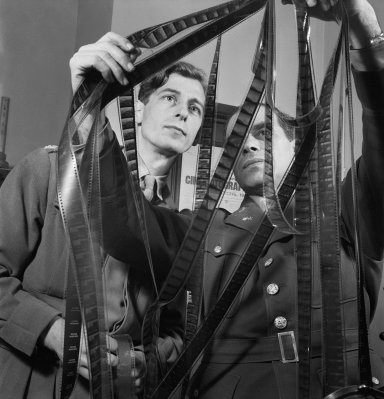 Exclusive: See the Trailer for Netflix's New Documentary About World War II and Hollywood
Next Up: Editor's Pick