Review: The Switch Is the Nintendo System We've Been Waiting For

The most important thing to know about Nintendo Switch is that there’s surprisingly little to. It is essentially what it claims to be: a respectably powerful $299 TV games console you can buy on March 3 that also “switches” into a handheld gaming powerhouse.

As a handheld, the Switch feels rigid and durable, an unostentatious but beautiful carbon-black slate that’s like a blue collar version of an Apple product. At roughly the same weight as an iPad mini (about 300 grams), it’s compact enough to make playing games comfy. If your hands get tired in this mode, you can slide the Joy-Cons up and off (tiny but workable release buttons let them disengage), prop the Switch on a flat surface with its rear kickstand, then continue playing wirelessly, your hands free to roam like creatures loosed from cages. There’s even a bundled boomerang-like “grip” you can slide them into that approximates the size and shape of a bona fide gamepad.

That you can drag the Joy-Cons over hill and dale, to say nothing of the Switch itself, raises the question of how durable all these moving parts are. I haven’t dropped the Switch (Nintendo cautions against it), but I’ve abused the Joy-Cons, which have yet to complain. They’ve been tossed, smashed together by two people throwing “air punches” who weren’t standing far enough apart, and torqued on in ways that would imperil lesser remotes.

Like when I slid the Joy-Con wrist strap attachments on upside down (something you shouldn’t be able to do). The straps have tiny symbols you’re supposed to pair with like symbols on the Joy-Cons, but they’re the same color as the molding and easily missed. While it’s impressive just how much you can torque on these things, like when I stupidly tried to yank the straps back out in the wrong direction, I wish Nintendo had put a disclaimer somewhere. (I’d make a self-deprecating RTFM joke here, but even the instruction sheet in the box makes no reference to the symbol-matching trick.)

Some report the Joy-Cons are also prone to losing wireless connection to the Switch when decoupled from the tablet. After more than a week playing games like 1-2-Switch, The Legend of Zelda: Breath of the Wild and Snipperclips with the Joy-Cons detached, I have yet to experience a hiccup. I have been able to get the Joy-Cons to disconnect by moving about 25 feet from the system, a drop-off on par with most Bluetooth devices. But inside a dozen feet from the tablet, the connection has been constant. If you’re having the problem, Nintendo has a support page up with suggestions, including language that suggests the day one patch is meant to address the problem.

Yes, 32 gigabytes of internal storage, of which about 26 gigabytes are usable, is tiny, especially when the digital version of a game like Breath of the Wild clocks in at 13.6 gigabytes. Nintendo doesn’t require you use proprietary expansion cards (any micro SDXC or SDHC card will do), and you can find 64 gigabyte cards for around $15, so it’s not a crazy hidden expense. But as with Nintendo’s 3DS handheld, it’s an argument for buying the card-based versions of games to save internal space. Though there’s one more limitation to consider: the Switch currently won’t let you relocate downloads or save files, a feature even the Wii U supported. Nintendo needs to remedy this, and soon.

Battery life may seem unexceptional at 2.5 to 6 hours (rated), but it’s in line with what you’d expect playing intensive games on a smartphone or Nintendo’s own 3DS. In practice, that I’ve managed to get about 3 hours out of a game as hungry as Breath of the Wild is impressive. Add a generous battery pack (like the Anker PowerCore+ 20100, which I’ve tested and can confirm works with the Switch) and the idea that you might be able to play upcoming games like Mario Kart 8 Deluxe or Splatoon 2 for the better part of a working day is nothing short of astonishing.

I was able to charge the Switch on the go while playing Breath of the Wild hitched to my minivan’s AC outlet, regaining about 1% of charge every 5 minutes. When running off a wall outlet with the USB-C power adapter plugged directly into the Switch, it charges even faster. There was a prelaunch glitch where the Switch docked would fail to charge to 100%, but I can confirm the system’s day one update fixes it.

Placing the Switch in the dock is an effortless, click-less, gravity-powered process. The dock’s rear HDMI, power and USB 3.0 connections are protected by a cable-management panel, and you get two more USB 2.0 ports along the left exterior. My one concern involves the dock’s lightweight profile. I’ve been playing with the Pro controller (sold separately for $69), which I love, but the cable is Nintendo-short at just 4 feet. If anyone yanks on it, the Switch and dock are likely to go flying. Affixing the dock to whatever you’ve set it on (with Velcro, say, or a two-sided adhesive) isn’t a bad idea.

If you hated the Wii U’s sluggish menus, the Switch’s are everything they weren’t: spartan, speedy and completely intuitive. Below a left-right game selection menu, you can tab between News, the eShop, a Photo Album (for screen captures—sadly, no video capture option exists yet), check on connected controllers and their battery levels, System Settings and a Sleep button. Hold down a “home” button on controls and a quick menu offers shortcuts to put Switch to sleep or toggle Airplane mode. Whatever you’re up to, the Switch’s responsiveness clocks in microseconds.

In tabletop mode, the Switch is harder to defend. The kickstand feels flimsy, though I gather that’s because it’s meant to snap off if pulled beyond tolerances, at which point you can snap it back in. That said, the Switch topples over if it’s not perfectly level, raising worries about how it’ll do in a moving vehicle or on an airplane seat-back tray during turbulence. (I tried setting it on a book laid flat on my stomach in bed, but whenever I yawned, it tipped over.) And gorgeous as the screen is, at just 6.2 inches, you want it close to your face. Nintendo’s “first look” video depicting an eSports team playing with the Switch on the floor makes for good theater, but the screen isn’t big enough to recommend using at that distance.

Read more: The 8 most interesting things Nintendo told us about Switch

Should you worry that the Switch outputs up to 1080p visuals on a TV (720p in handheld mode) when systems like the PlayStation 4 Pro and forthcoming Xbox Scorpio are reaching in the direction of 4K? I admire what Sony’s up to, and the games I’ve played on a souped-up Windows PC at native 4K are impressive. But the pixel/resolution chase at this point feels like an obsession over diminishing returns—a justifiable pursuit for hobbyists and so-called core gamers, but one that can’t compete with the perks of gaming on the go. The Switch’s mobile upsides eliminate any graphical advantages it might have had, had Nintendo released a traditional stationary console.

With the day one update live, we can finally talk about the Switch’s online features. The new eShop is everything I wish all online eShops were: a whip-fast, no frills assortment of recent releases and upcoming games, including options to search by title or redeem digital codes. You can merge prior eShop credits from the Wii U or 3DS by going to the “shop menu” view in your Nintendo Account, but since the Virtual Console isn’t here yet, it’s not clear whether your legacy purchases will carry over. The only downer: the Switch’s eShop library at launch has just nine games.

Playing futuristic racer Fast RMX online has been brisk and easy. The game supports local and split-screen play, but also up to eight players online. From game launch to finding seven others to race with to actual race start took about 30 seconds. It was the same with Super Bomberman R, a game about strategically positioning bombs in trap-filled mazes. Finding fellow bomb-lobbers and hopping into matches takes no time at all. Note that Nintendo plans to eventually charge a modest annual subscription fee (in the $20 range) for multiplayer privileges. But until sometime this fall, the Switch’s online services are free.

The day one update adds a few other important features worth mentioning. You can now tell the Switch to match your TV’s power state, allowing the console to turn on your TV, or to put itself in sleep mode when you turn the TV off. It’s also possible to set up parental controls that work with a complementary smart device app. The app, dubbed “Nintendo Switch Parental Controls,” communicates with the Switch online and lets parents view which games their children are playing (and for how long), set play-time limits and content restriction levels, or simply freeze the system if, say, a child ignores a play-time warning. I’m into the idea of offloading select features to something I have on my person at all times, I just hope that if Nintendo eventually adds other remote fiddling tools, they’re folded into a single Switch app, not distributed among several.

On balance, I’m in love with the Switch. It’s what I’ve wanted out of a game system for as long as I’ve been gaming. I love that it goes wherever I do, and that it looks to be the vanguard of a wave of fantastic local-play games (like 1-2-Switch and Snipperclips) that I can break out anywhere, anytime. But Nintendo’s masterstroke may be the way anyone can grok why the Switch exists at a glance. Drop it in its cradle, count to three, and it’s on your TV. Pull it out and it’s in your hands. Decouple the controllers from its sides, pop the rear kickstand and it’s on a table.

Not that I’m telling you how any of this is going to look six months (or two years) down the line. Who can say? Launch reviews of hardware are goofy, because you’re essentially trying to review the future. So much hinges on the games to come and how fast they appear (the Wii U’s Achilles heel), including the particulars of the Virtual Console when it arrives, or how the subscription version of online is going to work later this year.

So yes, games like Arms, Mario Kart 8 Deluxe, Splatoon 2, Minecraft (for the Switch), Xenoblade Chronicles 2 and Super Mario Odyssey can’t afford the kinds of delays that plagued Nintendo’s Wii U. (Though gripes about the Switch’s launch lineup sound off-key to me, as if the PlayStation 4 or Xbox One had anything like Breath of the Wild, to say nothing of 1-2-Switch, Snipperclips and Super Bomberman R.)

But the theory—of a device that both follows players and, just maybe, revitalizes face-to-face engagement in this era of “alone together”—seems laid on solid footing so far. 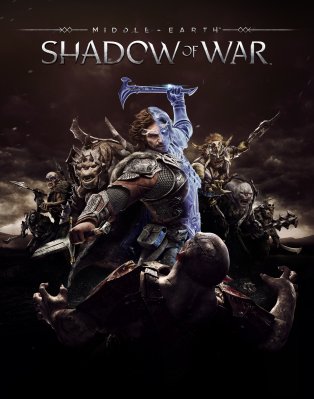 'Shadow of War' Will Make Middle-Earth Even More Terrifying
Next Up: Editor's Pick