This post contains spoilers for the X-Men comics, but not the movie Logan.

Logan, out March 3, is being billed as the last movie in the Wolverine trilogy. A moody, dark trailer—plus Hugh Jackman’s insistence that after 17 years this will be the last time he’ll play the role—has led many to question whether the claw-wielding superhero will die in this film. That question begs another: Can Wolverine actually die? According to the comic books, the mysterious mutant with metal fused to his skeleton has been alive since the 1880s. He’s fought in many wars and has taken more than his fair share of bullets. But he’s still kicking. Yet in Logan, Wolverine looks worse for wear: older and weakened.

So what would it actually take to kill Logan? His regenerative healing powers make it especially hard to off him: bullets pop out of his body after he’s shot, skin grows over wounds. But the X-Men comic books may have the answer.

The short answer is yes, Wolverine can die and has many times in the comic books. Wolverine’s first foray into the afterlife came in 1981 when he was killed by a robot called a sentinel in the Days of Future Past series. The sentinel’s energy blast melts the flesh off his body so it cannot regenerate. Of course, in that book the X-Men change history, and in the new future Wolverine survives, so whether he actually died becomes a metaphysical question. This also storyline served as the basis of the 2014 X-Men film, though Wolverine doesn’t die in that movie.

MORE How Logan Fits Into the X-Men Timeline(s)

In the comic books, the character dies in a number of alternative universes by disembowelment, neck-breaking and having his heart ripped out (physically, not metaphorically by Jean Grey). In one instance a time-traveling Wolverine kills off another version of Wolverine—because as it turns out, his own claws can do him in. The key in all these cases seems to be circumventing Wolverine’s regenerative abilities by killing him so completely that there’s nothing left to regenerate.

He also survives a lot of other terrible things, too. When he’s going to starve to death he eats his own body. When the Hulk rips off his legs and throws them miles away, Wolverine’s torso has to drag himself to retrieve them. In one of the movies, Sabertooth drowning Wolverine as the best way to kill him: “I mean, how does a healing factor fix a suffocated brain?” But Sabertooth fails to keep Wolverine under water long enough to see the murder through.

MORE How Logan’s Young Heroine Could Save the X-Men Franchise
Now here comes the important part: In 2014 Wolverine did definitively die in the comic books in a story aptly titled “Death of Wolverine.” He’s encased in adamantium, an indestructible metal that was welded onto his bone claws and skeleton. So perhaps adamantium is sort of like Wolverine’s kryptonite. In that comic, Wolverine’s clone, the young female mutant X-23, takes up the mantle of Wolverine and remains the one and only Wolverine in the comic books now. 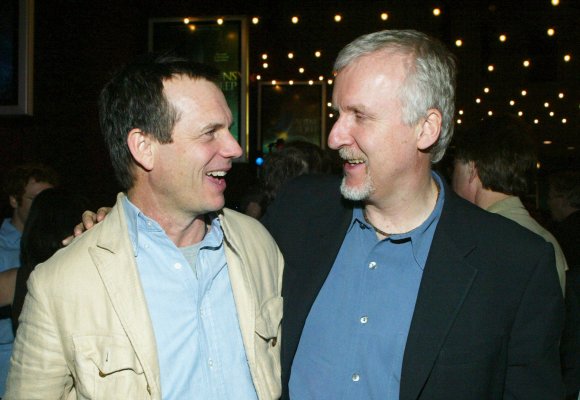 Goodbye to My Friend Bill Paxton, a Talented, Kind and Damn Funny Man
Next Up: Editor's Pick