Adam Purinton, 51, shouted “get out of my country” at two Indian men in a bar before he opened fire, killing one man and injuring two others. With reports that Purinton’s actions were racially motivated, Clinton is calling on President Donald Trump, who has yet to speak out against the shooting, for change.

“With threats & hate crimes on rise, we shouldn’t have to tell @POTUS to do his part. He must step up & speak out,” she tweeted Monday morning.

Despite Clinton’s message, the shooting has not been ruled a hate crime—though the FBI has joined an investigation to determine whether or not it was. If it is ruled a hate crime, Purinton’s actions will join a growing number of hate or racially motivated crimes since Trump’s election. The uptick has mainly been against Muslims and Jews in the United States, according to reports.

Just five days after Trump was elected, the Southern Poverty Law Center, a civil rights advocacy group that tracks hate crimes, reported more than 30 cases of anti-Muslim incidents. Separately, the Pew Research Center also reported that the number of physical assaults against Muslim-Americans saw an increase in 2015, the second highest levels since Sept. 11.

The New York Police Department has also seen an uptick in hate crimes: Between the election on Nov. 8 and Feb. 19, the NYPD received 143 hate-crime complaints—a 42% increase from the same period a year earlier, according to Bloomberg. The department has linked the surge to the 2016 presidential campaign.

A Jewish cemetery in Missouri was also recently vandalized, as was one in Philadelphia. While Trump has condemned anti-Semitism, the Anne Frank Center said these comments were “pathetic,” writing in a statement that the President’s comments are “a Band-Aid on the cancer of Anti-Semitism that has infected his own Administration.”

On Friday, the widow of Srinivas Kuchibhotla—the sole man who was killed in the shooting—questioned whether or not Indians are safe in the United States during a news conference at Garmin headquarters, where Kuchibhotla worked as an aviation systems engineer, according to the Kansas City Star.

Purinton has been charged with one count of first-degree murder and two counts of attempted murder in connection with the shooting. He is slated to make his first court appearance today. 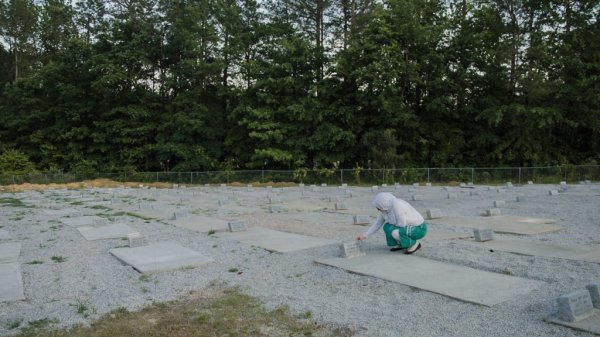 The Killing Was Fueled by Rage, but Was It a Hate Crime?
Next Up: Editor's Pick