After Jimmy Kimmel invited a group of tourists on a Hollywood bus tour into the 2017 Oscars ceremony Sunday night, several actors seated in the front of the Dolby Theatre stood up to introduce themselves to the surprised fans. One of these A-listers was none other than Ryan Gosling, who, of course, almost immediately did something the Internet deemed worthy of turning into a meme.

As the La La Land star — who was nominated for Best Actor — leaned in to whisper something to a woman clutching a selfie stick, she made a particularly shocked face — a moment that has since gone viral.

Twitter users quickly began poking fun at the shot with hilarious captions spoofing everything from movies to sports to the now-infamous Best Picture mix-up.

Gosling has officially done it again. 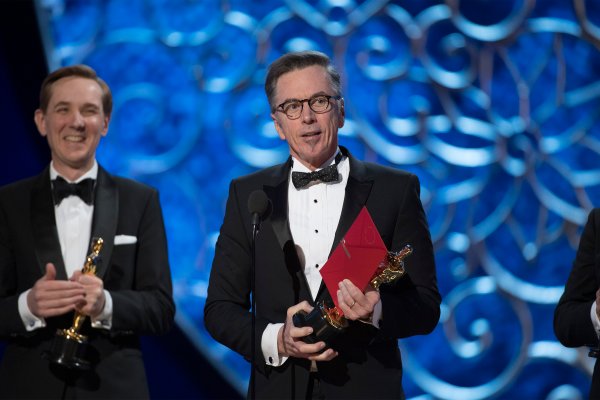 This Man Just Won his First Oscar After 21 Tries
Next Up: Editor's Pick