'Shadow of War' Will Make Middle-Earth Even More Terrifying

Forget everything you know about The Lord of the Rings and this should go down easier: At some point between Bilbo Baggins’ peregrination to The Lonely Mountain and Frodo’s trek to Mount Doom, let’s pretend someone made yet another ring of power, then wound up throwing down with Sauron himself for the whole of Middle-earth. What, you didn’t catch any of that in Tolkien’s footnotes?

No surprise, Monolith will double down on its vanguard “Nemesis” system, whereby the game sort of played itself even when you weren’t, albeit for the best reasons. Instead of approaching scripted challenges with fixed enemies, these games create a tribal power pyramid enemies can climb on the fly, both personalizing and destabilizing the map’s geography of conflict. Enemies you’ve encountered will remember you (because that’s not creepy at all). And if they defeat you in battle, they will grow more lethal at your expense, making inevitable rematches that much more grueling and grudging.

The protagonist is once more the Batman-like hybrid ranger-wraith players wielded in Shadow of Mordor. I’m seeing something about forging an army in the interest of turning “all of Mordor against the Dark Lord, Sauron.” To be fair, all this apocalyptic riffing is in keeping with the continuity established in the first game, which ended on a cliffhanger that, given the first game’s acclaim and sales bona fides, all but assured a sequel.

The wrinkle, says Monolith, involves Nemesis now orchestrating the conduct of even more aspects of the world. That includes “Followers,” who will “bring about entirely new stories of loyalty, betrayal and revenge,” as well as “Fortresses,” which “allow players to utilize different strategies to conquer dynamic strongholds and create personalized worlds with their unique Orc army.” (Wait, did they really just say “Orc army”?)

Look for Middle-earth: Shadow of War to arrive August 22 for Windows 10 PCs, PlayStation 4 and PS4 Pro, Xbox One, and whatever Microsoft eventually calls its Xbox Scorpio 4K box that’s due this holiday. 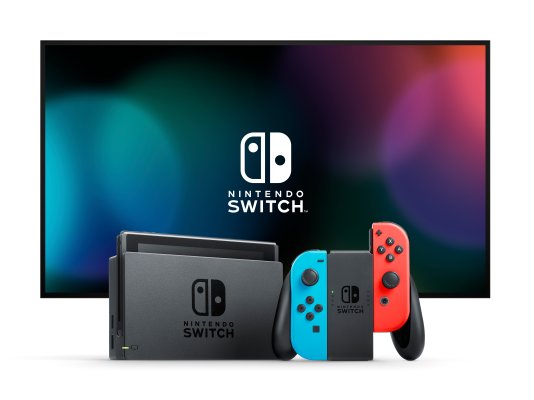 10 Nintendo Switch Accessories Everyone Should Consider
Next Up: Editor's Pick