Why Men Are Much Worse At Being Sick Than Women

In the debate over which is the stronger sex, the so-called “man flu” inevitably comes up. It’s a popular theory that men get sicker—or at least act sicker—when they contract the virus, while women soldier on with work, childcare and life.

The scientific evidence for this is far from conclusive, but some research has shown that male and female immune cells do react differently to invading viruses. Now, a recent study in mice adds more fuel to the fire, suggesting that the male sex really does get hit harder by certain illnesses—and that physiology, not psychology, may be at least partially to blame.

In the recent study, published in the journal Brain, Behavior and Immunity, adult male mice displayed more symptoms of sickness than females when they were exposed to bacteria that cause an illness with symptoms similar to the flu. The males also had more fluctuations in body temperature, fever and signs of inflammation, and took longer to recover.

Studies done in lab animals do not necessarily apply to humans, so this research should be taken with a large grain of salt. But experts who research gender and immunity say that it raises an intriguing scientific question for people, as well. Studies with human cells—as well as in mice—show that male immune cells have more active receptors for certain pathogens, says Sabra Klein, associate professor of molecular microbiology and immunology at Johns Hopkins Bloomberg School of Public Health.

“It isn’t always the presence of the microbe or the presence of the virus that makes us sick,” says Klein. “It’s our immune response, and the research shows that males have a heightened response that summons cells to the site of infection, which contributes to the overall feeling of sickness.”

The reason why isn’t completely understood, but one hypothesis holds that testosterone and estrogen affect these immune receptors in different ways. The new mouse findings did not support a link between sex hormones and sickness (they removed mice’s reproductive organs and still saw different responses), but several other studies have. Klein’s 2015 study on human cells, for example, found that estrogen-based compounds made it harder for a flu virus to infect the samples.

Another theory, put forth by a 2010 study from researchers at the University of Cambridge, is that men have evolved to have weaker immune systems and lower immunity because of their tendency for risk-taking behaviors. Still other research suggests that because women more easily pass pathogens onto their children, they’ve built up more natural defenses against them.

These protections don’t extend to all types of sickness, however. In a 2016 article published in Nature Reviews Immunology, Klein noted that while males show increased susceptibility to certain illnesses (like non-reproductive cancers), women are more susceptible to others, like autoimmune diseases.

As for “man flu,” other things may play a role, as well. Studies show that men are less likely to wash their hands regularly, for example, and at least in the United States, they are less likely to see their doctors regularly. “Cultural norms absolutely affect our behaviors,” says Klein, “so it’s likely a combination of many different factors.” 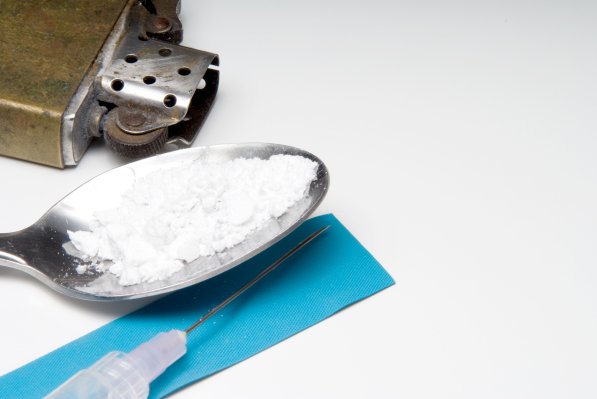 Study: 1 in 4 Drug Overdoses in the U.S. Are from Heroin
Next Up: Editor's Pick