It seemed as though some organizers of the 89th Academy Awards must have been in “la la land” themselves on Sunday night, when presenter Warren Beatty opened the envelope that was supposed to contain the name of the Best Picture winner and found that it held Best Actress Emma Stone’s name, leading fellow presenter Faye Dunaway to mistakenly declare La La Land the winner when Moonlight had really won.

While some critics have called the gaffe the “greatest” in Oscars history, it is not the first to occur during the presentation of one of the top awards of the night.

One such mix-up up occurred in 1934, during the presentation of the Best Director category at the sixth Academy Awards ceremony. Host Will Rogers announced the winner with a simple declaration: “Come up and get it, Frank!”

Frank Capra, who had been nominated for Lady for a Day, started walking toward the stage — but Rogers had meant Frank Lloyd, who directed Cavalcade.

Capra described what that felt like in his autobiography The Name Above the Title:

The March 26, 1934, issue of TIME magazine reported that Frank Lloyd had won for Cavalcade, but did not mention the incident.

That lack of coverage is a reminder that in one crucial way the 1934 mistake is not a perfect parallel to the 2017 blooper, given it happened nearly two decades before TV broadcasts of the ceremony started with the 25th Academy Awards in 1953. In other words, Capra’s shame among his peers may have been great, but the world was not watching it happen.

The decision to televise the Oscars had the effect for some observers at the time of making the glamorous parade of winners look more like “a supermarket mob scene,” as TIME reflected four years later. On the small screen the stars looked a little more human than they had before. And, as when entertainer Sammy Davis Jr. was handed the wrong envelope to present a music Oscar in 1964, sometimes they — like the presenters on Sunday night — that meant they looked too human for comfort. 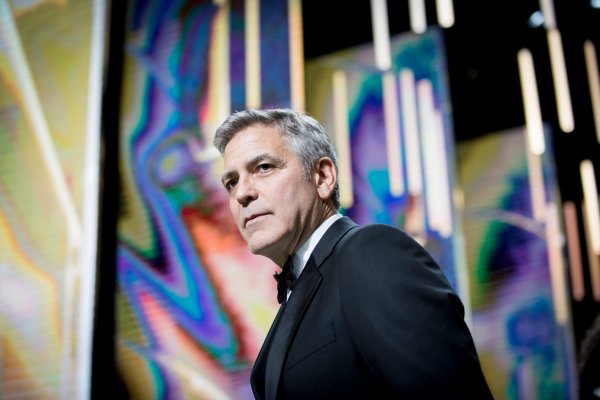 George Clooney Warns Against Hate Under President Trump at French César Awards
Next Up: Editor's Pick