'I Am Alive and Well.' Australian Producer Mistakenly Included in Oscars 'In Memoriam' Segment

Actress Carrie Fisher is seen on a screen during the in Memoriam of the 23rd Annual Screen Actors Guild Awards show at The Shrine Auditorium on January 29, 2017 in Los Angeles, California. / AFP / Robyn BECK
ROBYN BECK—AFP/Getty Images
By Kate Samuelson

An Australian movie producer has said she is “devastated” that her photo was accidentally included in the Oscars‘ In Memoriam segment as she is “alive and well”.

An image of Jan Chapman, the producer known for The Last Days of Chez Nous and The Piano, was mistakenly chosen to represent Janet Patterson, the Australian costume designer, BAFTA winner and four-time Academy Award nominee, who died in October 2016.

“I was devastated by the use of my image in place of my great friend and long-time collaborator Janet Patterson,” Chapman told Variety in an email. “I had urged her agency to check any photograph which might be used and understand that they were told that the Academy had it covered.”

Chapman, who worked with Patterson on The Last Days of Chez Nous and The Piano, described her friend as “a great beauty and four-time Oscar nominee” and said it was “very disappointing” that the error wasn’t picked up. “I am alive and well and an active producer,” she added.

Debbie Reynolds and Carrie Fisher closed the In Memoriam tribute, which was accompanied by a performance of Joni Mitchell’s ‘Both Sides Now’ performed by American singer-songwriter Sara Bareilles. 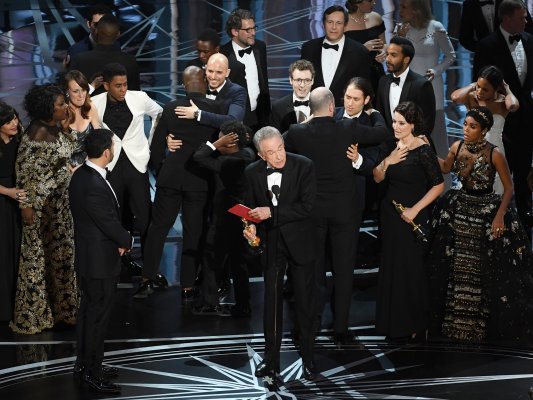