Sunday night’s Oscar ceremony went out with a historic, shocking bang as the wrong film was announced as Best Picture winner, then corrected mid-acceptance speech. Presenting the award alongside Warren Beatty, Faye Dunaway announced La La Land as Best Picture. After producer Jordan Horowitz began his acceptance speech, there was some commotion on the stage before Horowitz looked down at the card he was holding and announced that there had been a mistake: Moonlight was, in fact, Best Picture. Startled, the cast and filmmakers of La La Land began to exit the stage as writer-director Barry Jenkins and the Moonlight crew took the mic.

Host Jimmy Kimmel and Beatty reappeared to confirm Moonlight‘s win, and Jenkins went on to accept the award as a surprised audience cheered the official winner. Beatty said that he had been given the wrong card, which had Emma Stone’s name on it, along with the film for which she won Best Actress.

Closing out the show, Kimmel joked that he’d never be back. “I knew I would screw this show up, I really did.” 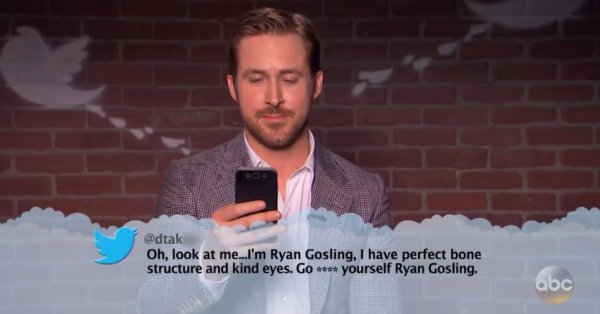 Watch Celebrities Read Mean Tweets About Themselves at the Oscars
Next Up: Editor's Pick