Streep issued a statement Saturday night that accused Lagerfeld of defaming her, the Wrap reports. The statement comes after Lagerfeld falsely accused her of refusing to wear his gown at the Oscars unless she was paid, and of being compensated financially for wearing another designer’s dress.

“Karl Lagerfeld, a prominent designer, defamed me, my stylist, and the illustrious designer whose dress I chose to wear, in an important industry publication,” Streep said in a statement to the Wrap.

“That publication printed this defamation, unchecked. Subsequently, the story was picked up globally, and continues, globally, to overwhelm my appearance at the Oscars, on the occasion of my record-breaking 20th nomination, and to eclipse this honor in the eyes of the media, my colleagues and the audience,” she continued.

Streep dismissed an apology that Lagerfeld issued earlier on Saturday, who said that he had “misunderstood that Ms. Streep may have chosen another designer due to remuneration,” according to Reuters.

“Mr. Lagerfeld’s generic ‘statement’ of regret for this ‘controversy’ was not an apology,” the actress said in response, Reuters reports.

Streep is up for Best Actress for her performance as the eccentric opera singer in the comedy Florence Foster Jenkins — making history with her 20th Oscar nomination. 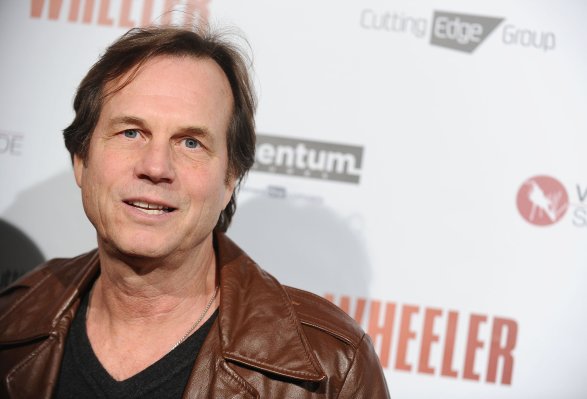 Award-Winning Actor Bill Paxton Dies at 61
Next Up: Editor's Pick