Police respond to a scene where a pickup truck plowed into a crowd watching the Krewe of Endymion parade and injured multiple people in the Mid-City section of New Orleans, on Feb. 25, 2017.
Matthew Hinton—The Advocate/AP
By Madeline Farber

One man is in custody after he rammed a car into a crowd at a Mardi Gras parade in New Orleans Saturday evening, injuring at least 28 people, officials said.

The suspect, who was not immediately identified, was driving a pickup truck that hit two cars before running into the crowd, Police Chief Michael Harrison told CNN. The driver appeared to be highly intoxicated, according to police.

The youngest victim was just three years old, and the oldest were in their 40s, according to police. None of the injuries were life-threatening, CNN reports. A total of 21 people were hospitalized.

“I saw the gray truck flying down Carrollton Avenue,” a female witness said, according to CNN. “He sped up and he lost control and you could see [the truck] was getting ready to turn and I knew he was going to run into all those people.”

Currently, there’s no indication the incident was an act of terrorism, officials told CNN. 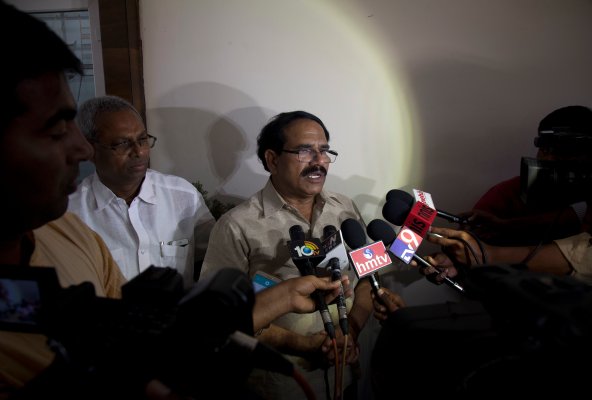