Rumana Ahmed was hired right after college to work in the White House, eventually landing on the National Security Council under President Barack Obama. “I am a hijab-wearing Muslim woman — I was the only hijabi in the West Wing — and the Obama administration always made me feel welcome and included,” Ahmed wrote in The Atlantic. “It felt surreal — a 22-year-old American Muslim woman from Maryland who had been mocked and called names for covering my hair, working for the president of the United States.”

Though she said that Trump’s rhetoric against Muslims during the 2016 presidential election dismayed her, she decided to remain on the National Security Council so she could have a seat at the table. “Cautiously optimistic, and feeling a responsibility to try to help them continue our work and be heard, I decided that Trump’s NSC could benefit from a colored, female, hijab-wearing, American Muslim patriot,” she said.

But she ultimately came to regret that decision, saying that the diverse White House she worked for under President Obama became a “monochromatic and male bastion.” She decided to leave after President Trump signed an executive order that temporarily suspended the State Department’s Refugee Assistance Program and temporarily banned travelers from seven Muslim-majority countries.

“I knew I could no longer stay and work for an administration that saw me and people like me not as fellow citizens, but as a threat,” she wrote.”

Read her full essay on The Atlantic. 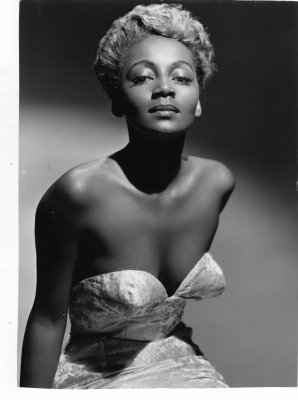 How to Recreate Joyce Bryant's Classic Bombshell Beauty Look
Next Up: Editor's Pick