Jaganmohan Reddy, father of Alok Madasani, an engineer who was injured in the shooting Wednesday night in a crowded suburban Kansas City bar, speaks to the media at his residence in Hyderabad, India, on Feb. 24, 2017.
Mahesh Kumar—AP
By Melissa Chan

The father of one of the Indian men who were shot at a Kansas bar in what may have been a racially-motivated attack Wednesday night pleaded to parents in India to consider keeping their children from entering the U.S. amid an environment of fear and hysteria.

Jaganmohan Reddy, whose 32-year-old son Alok Madasani was wounded in the shooting, told the Hindustan Times that he was worried xenophobia in the U.S. was worsening under President Donald Trump. Reddy said he had asked his son to move back to India before a gunman opened fire, injuring Madasani and killing his son’s friend, Srinivas Kuchibhotla.

“The situation seems to be pretty bad after Trump took over as the U.S. president,” Reddy said. “I appeal to all the parents in India not to send their children to the United States in the present circumstances.”

Authorities said 51-year-old Adam Purinton was charged with murder and attempted murder over the shooting. Witnesses said he yelled “get out of my county” at the men before firing multiple rounds at them, according to the Associated Press. Police say it’s too soon to rule the incident a hate crime.

The fatal shooting sent waves of sadness across India, where government officials condemned the “senseless” violence. India’s Minister of External Affairs Sushma Swaraj said in a tweet that she was “saddened” by the incident and said she’d work to transport Kuchibhotla’s body back to India.

The U.S. Embassy in New Delhi sent condolences to loved ones of the slain man, saying embassy officials “share their grief.” “We are deeply saddened by this tragic and senseless act,” Chargé d’Affaires MaryKay Carlson said in a statement. “The United States is a nation of immigrants and welcomes people from across the world to visit, work, study and live.” 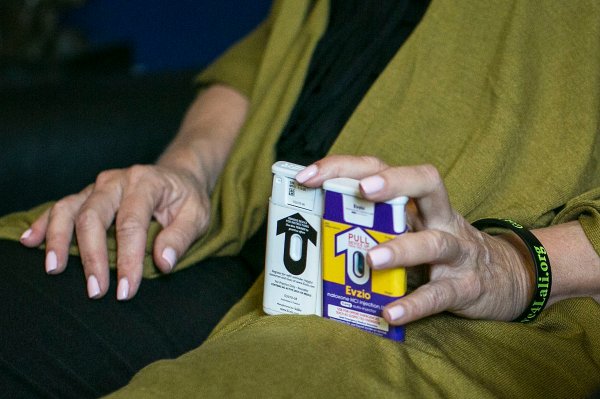 President Trump Vowed to Solve the Opioid Crisis. He Needs to Fix This Problem First
Next Up: Editor's Pick