These New Tablets Are Samsung's Latest Shot at Apple and Microsoft

Samsung wants to make it clear that Microsoft’s Surface and Apple’s iPad Pro are far from the only tablets meant for productivity. The company’s new Galaxy Book, which comes in 10- and 12-inch sizes, is Samsung’s latest attempt at making a Windows tablet suited for both work and entertainment.

The 12-inch Galaxy Book runs on an Intel Core i5 processor, which should make it about as powerful as most mid-range Windows laptops, while the 10-inch model includes a less powerful Core m3. The larger tablet offers another advantage over its smaller sibling as well: a more vibrant screen. Like Microsoft’s Surface, the Galaxy Book includes a stylus, this one a revamped version of Samsung’s S Pen. (Samsung has not yet revealed pricing or availability for any of its new tablets.)

While I only had a few moments to test it, the Galaxy Book’s keyboard felt deeper and more tactile than most similar attachments, and I definitely prefer it to the iPad Pro’s smart keyboard and the Surface’s TypeCover. It gives the keyboard on Dell’s recently announced Latitude 7285 tough competition, although I generally prefer the slim bezels around the screen on Dell’s tablet over the chunkier ones on Samsung’s model. Unlike Microsoft and Apple, Samsung includes this keyboard with the tablet, which is a notable cost advantage considering the Surface Pro TypeCover costs $129 and the iPad Pro keyboard case can cost $149 or $169 depending on the size.

The S Pen offers many of the same features Samsung fans may remember from previous devices, such as the ability to capture a screenshot, magnify text, and (of course) sketch. But the new model feels much more durable and high-end than the version that came with Samsung’s Note phones in the past. (It more closely resembles Microsoft’s Surface Pen.) The new S Pen is smooth and responsive in practice, and I noticed that even just applying a slight amount of pressure caused the ink to appear darker while drawing.

Samsung is also introducing a third tablet aimed at entertainment and media consumption rather than productivity. The Android-powered Galaxy Tab S3, a follow-up to the Galaxy Tab S2, has been redesigned with a glass back panel and metal edges. These are welcome changes that make the tablet feel more like Samsung’s lineup of Galaxy S smartphones. Like the 12-inch Galaxy Book, the Tab S3 also supports HDR playback and works with a keyboard, although it’s much smaller than the Book’s.

One standout feature on the Tab S3 are its speakers: the smaller slate includes four rather than the Book’s two, which should provide richer sound.

All three tablets also support Samsung Flow, the company’s software for syncing notifications between a Samsung smartphone and the tablet.

Samsung’s latest tablets arrive as the global market for the category continues to slump. Last year’s holiday season marked the ninth consecutive quarter that tablet sales have declined, according to research firm IDC. (Samsung’s brand image, meanwhile, is still reeling from the Note 7 recall.) By releasing new tablets with features aimed at media playback and productivity, Samsung is hoping to prove that there’s still room for a tablet in a world where smartphones are getting larger and cheap laptops like Chromebooks are becoming more capable. Apple, which saw its iPad shipments dip by 19% in its most recent quarter, has been trying to make a similar argument with its newest iPad Pro ads. 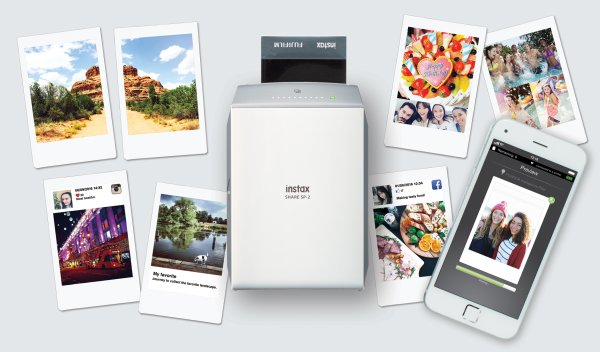 Bring Your Smartphone Photos To Life With a Portable Printer
Next Up: Editor's Pick