President Donald Trump boasted about doing well at a grassroots conservative conference in years past, but he actually lost a straw poll of attendees every single year.

Speaking at the annual Conservative Political Action Conference outside Washington, D.C., on Friday, Trump noted that he had addressed the crowd in 2011, 2013, 2014 and 2015. (He notably skipped the 2016 event, held in the midst of the Republican primary.)

“You know, my first major speech was at CPAC,” Trump said Friday. “I loved it. I loved the people. I loved the commotion. And then they did these polls where I went through the roof and I wasn’t even running.”

It wasn’t clear exactly what polls Trump was referring to, but there is a good measure of how well someone did at CPAC: a straw poll of thousands of grassroots attendees held at the end of the event.

By that measure, Trump did not go through the roof. In fact, he did poorly in five out of the past six contests, and reached only third place last year with just 15% of the vote.

Here’s a look at who won in the straw polls held since Trump’s first appearance at CPAC. 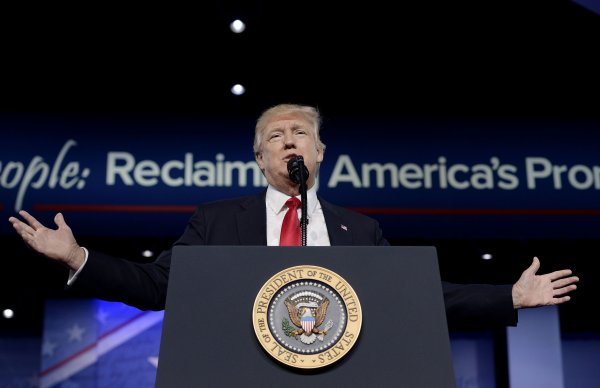 President Trump Is Still Talking About Sweden
Next Up: Editor's Pick