President Donald Trump‘s speech at the Conservative Political Action Conference quickly turned into a media-bashing session as he took aim at “fake news” and anonymous sources, before he turned to delivering a version of his usual stump speech.

The President said early in his speech that he doesn’t view honest journalism as his enemy. “I’m not against the media, I’m not against the press, I don’t mind bad stories if I deserve them,” he said. “And I tell you I love good stories, but I don’t get too may of them. But I am only against the fake news media or press.”

But Trump proceeded to say that the press should not be allowed to use anonymous sources in their coverage of him. “Let their name be put out there,” he said. “‘Donald Trump is a horrible human being.’ Let them say it to my face. … You will see stories dry up like you’ve never seen before.”

After Trump’s apparently off-teleprompter remarks about the press, he delivered one of his standard speeches, including references to his campaign and the Democratic primary. He referenced key Administration policies, including cracking down on immigration and repealing the Affordable Care Act. “We’re going to repeal and replace Obamacare,” Trump said. “From a purely political standpoint, the single best thing we can do is nothing. Let it implode completely… The Democrats will come to us and beg for help, and it’s their problem. But it’s not the right thing to do for the American people.”

Trump has taken the stage at CPAC before, and he credited his past appearances at the event for inspiring his political career. In 2011, he mused onstage about running for President. “[It was my] first major political speech, and I loved it,” Trump said Friday. “I loved the people, I loved the commotion, and then they did these polls where I went through the roof and I wasn’t even running… But it gave me an idea.” (In reality, Trump lost the CPAC straw poll each year for the past six years.)

Trump was scheduled to speak in 2016 during his presidential run, but he dropped out to hold a campaign rally instead. “I would have come last year but I was worried that I would be, at that time, too controversial,” Trump said Friday. 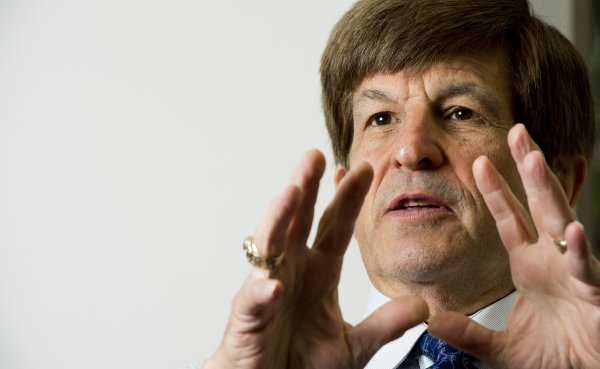 That Professor Who Predicted Donald Trump's Win Is Now Making the Case for Impeachment
Next Up: Editor's Pick