NSA Deputy Director: Why I Spent the Last 40 Years In National Security

The headquarters of the NSA in Fort Meade, Maryland.
Courtesy of the NSA
Ideas
By Rick Ledgett

In 1977 I was finishing my sophomore year of college, working two jobs to put myself through school, and thought, “There has to be a better way.” So I enlisted in the U.S. Army as a Signals Intelligence/Electronic Warfare Morse Intercept Operator, which didn’t tell me much but would let me earn money toward college through the GI Bill. My plan was to do my 3 years, get out, and finish college. That plan didn’t work out; I ended up staying in the Army almost eleven years and then transitioned to the National Security Agency as a civilian for 29 more, and am retiring this April after 40 years in the business. I did end up finishing my degree after hours, and went on to get a master’s degree, just not in the way I’d planned. What happened along the way was that I discovered the fulfillment that comes from serving the nation and its allies, working with some of the most amazing people on the planet, on the most challenging problems we face.

For someone like me who is motivated by understanding how things work, the signals intelligence business is fascinating. There’s the challenge of understanding the communications technology that the target (in my early days, principally the Soviet Union) uses, and how to intercept those communications. Then there’s the need to understand the internal plumbing of how the intercepted data flows through our complicated architecture, and the multiple transformations that happen along the way. After that, analysts need to figure out what the data actually means — the “so what?” of the intercept. That’s not as easy as it sounds, as the targets will work to hide their activities through cover names, and make references to shared information and experience that we don’t have. And they rarely communicate in English, which requires a very high degree of expertise in the relevant foreign languages, to include slang and argot specific to functions and sub-cultures. This one is especially important to get right — the difference between “launch at noon” and “lunch at noon” is consequential.

It’s a complicated puzzle that requires multiple domains of expertise, all applied in the right way at the right time, to achieve success. But success in what we do isn’t enough – success has to translate into a good outcome for the users of our material, whether that’s a policy maker planning a diplomatic negotiation with a foreign country, or a military commander assessing the threat to our forces. That means we need to understand their plans, and the way they work, well enough to know the best place for us to inject our information — yet another level of complexity. But a successful outcome — whether that’s providing key information at the right point in a negotiation, or warning a military unit of an ambush so they can avoid it — is hugely motivating, because we can see how the application of our hard-earned technical and operational knowledge resulted in a good outcome for the nation, and in those cases where we actually save lives, the individuals. There is a satisfaction that comes from knowing the story behind the headlines, and the fact that we had a part in how that played out — even if we can’t tell anyone about it.

The cyber domain is relatively new, adding some layers of complexity, but having the same foundational characteristics. In fact, the principal reason NSA is so skilled in the cyber domain is that we’ve been operating in it since its inception. The global telecommunications environment, where NSA works its signals intelligence mission to produce foreign intelligence, is also cyberspace, and we are expert denizens. Our complementary mission of information assurance, where we protect national security-related networks and information, requires us to have detailed insights into U.S. government networks. In both domains, our people need to have extraordinarily deep technical knowledge of networks, devices, and software, which quite often exceeds that of the people who built or programmed those products. When applied to the cybersecurity mission, it gives the nation a strategic advantage. And from a motivational point of view, what could be more satisfying than using one’s expertise to defeat a foreign hacker threat to the country?

The personal and professional rewards of working in the intelligence business have been remarkable. I’ve had the opportunity to travel to 39 different countries, and made lifelong friends in some of them. I’ve seen what went on behind the headlines of everything from the Soviet invasion of Afghanistan, to the North Korean destructive attack on Sony, to the Russian cyber exploitation of the Democratic National Committee. More importantly, I’ve seen the unsung heroes of the intelligence community, and especially at NSA, who work incredibly hard applying their formidable intellects and energy to protect us. They work countless hours at great personal cost, from missing milestones in their children’s lives to turning down lucrative jobs outside government because of their deep love for the mission. They deploy with our forces forward in war zones to ensure our military is protected, sacrificing time with their loved ones. Unfortunately, some of them have made an even greater sacrifice. The NSA/CSS Cryptologic Memorial Wall names the 176 individuals who have given their lives performing signals intelligence and information assurance missions around the globe.

That’s what kept me in this business for 40 years — the combination of the intellectual challenge, the chance to develop and apply technical and operational expertise to things that matter, the joy of working with incredibly intelligent and motivated people, and the feeling that I’m part of something bigger than myself. I’m a little envious of the people coming into the workforce right now, as they have limitless opportunities to contribute, to serve, and to get the same kind of satisfaction from working in this completely digital, connected world. In 25 years or so, one of them will be sitting in the seat that I am now, and I hope she gets as much enjoyment from the journey as I have.

Ledgett has worked in security for 40 years

Ledgett is the Deputy Director of the National Security Agency. He will retire in April. 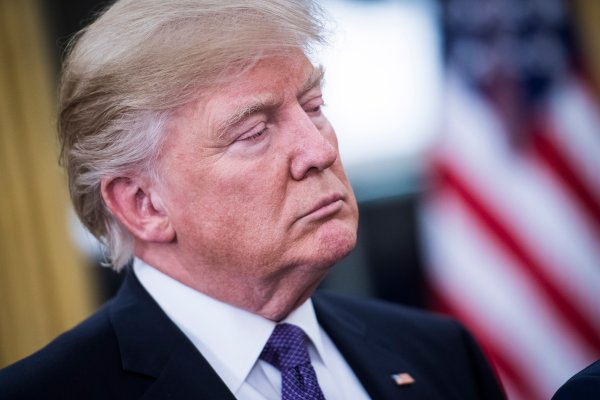 Another Donald Trump Failure: Not Calling White Supremacy 'Terrorism'
Next Up: Editor's Pick