No, Iceland's President Is Not Banning Pineapple on Pizza

Icelandic President Gudni Johannesson delivers a speech during the presentation of The National Gift - The Complete Sagas of Icelanders translated into Danish in the Danish Royal Library in Copenhagen on January 24, 2017.
Martin Sylvest —AFP—Scanpix Denmark And Scanpix —Getty Images
By Zamira Rahim

Pizza lovers everywhere can relax: Iceland’s President is not going to ban pineapple as a pizza topping.

Guðni Th. Jóhannesson recently joked during a school visit that he was “fundamentally opposed” to putting the fruit on pizza, horrifying fans of the combination everywhere, especially on Twitter, The Guardian reports.

Jóhannesson subsequently released a statement on his Facebook page, titled “A Statement on the Pizza Controversy,” reassuring people that he doesn’t have the actual power “to make laws which forbid people to put pineapples on their pizza.” A power, he added, he is glad not to have.

Jóhannesson is very popular in Iceland, with approval ratings as high as 97%. But when he tried to recommend seafood as an alternative topping, he was met with similar pushback. 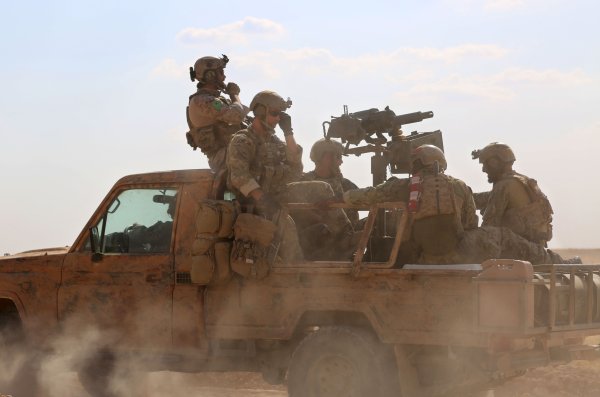 More U.S. Troops Could Be Sent Into Syria to Fight ISIS
Next Up: Editor's Pick