Outside El Salvador’s international airport, families gather by a guard post to see their loved ones who have been deported by plane from the United States. Wearing a straw hat in the blazing sun, Elsa Canales, a 58-year-old woman from a fishing village on Salvador’s Pacific coast, waits for her son Marvin Sorto Canales who has been away almost two decades working without papers in San Antonio, Texas. Sorto, 36, was arrested in December after failing to turn up to an immigration court appearance several years earlier. His deportation order rapidly came through this month, Canales says.

“I am glad to be seeing him of course. But I am also sad because he is leaving his children in the United States,” she says. “And I worry about how he will survive here, and how our family will survive.”

Sorto worked as a machine operator on construction sites in San Antonio and would send home $150 to $200 a month to help his family back home, she says. The money kept afloat a household of eight people, including his parents, siblings and nephews, supplementing the money they make from fishing. Without his remittances, they will struggle to afford medicines, schoolbooks and adequate food.

The family’s anxiety is shared by millions in this small Central American nation of coffee growers and sugar plantations. About 1.2 million people who were born in El Salvador live in the United States and, last year, they sent home $4.6 billion – equivalent to 17% of the country’s Gross Domestic Product (GDP), one of the highest remittance rates in the world. In Mexico, by comparison, remittances are worth less than 3 percent of GDP. Salvadorean remittances often go to the poorest families here, clothing children, buying vital medicines, helping old people who have no pension.

President Donald Trump’s ongoing crackdown on undocumented migrants in the U.S. threatens this income. On Tuesday, the Department of Homeland Security issued memos that anybody without the correct papers could be sent home, enacting an executive order Trump signed on Jan. 25. The directive signaled that Trump could be gearing up to fulfil his onetime campaign promise to deport all 11 million undocumented migrants in the United States rather than just dangerous criminals.

The consequences for Salvador’s economy would be potentially devastating. Remittances not only lift many out of extreme poverty but also mean people buy more, which keeps local companies afloat. “It’s a cycle,” says economist Cesar Villalona. “If remittances went down it would plunge people into poverty and reduce spending, which would hurt companies, causing unemployment, and hitting government finances.”

A fall of 20 percent or more in remittances would be catastrophic for Salvador’s economy, Villalona says. Adding more deportees to the ranks of unemployed could also fuel Salvador’s crime and violence. It is already one of the most murderous countries on the planet with 81 homicides per 100,000 people last year as gangs fight over territory and extort businesses.

Deportations were already at a record high under President Barack Obama, with 2.5 million people removed between 2009 and 2015. Most of those had committed crimes, albeit minor ones such as driving over the alcohol limit. Miguel Barrera, 47, was deported from the United States to El Salvador in 2010 after committing three misdemeanors. He said that jails and courts are already overloaded so he is doubtful Trump will be able to increase the numbers. “They have a system for deportations and it can only handle so many people,” Barrera said. “They kept changing me from prison to prison because they had no room for me.”

The economist Villalona thinks that Trump will put the breaks on deportations once he realizes that they harm the U.S. economy as well as that of countries like Salvador. Undocumented migrants are the backbone of American agriculture and staff many kitchens and construction sites. “Trump wants the U.S. economy to grow and that won’t happen if you are getting rid of the cheap labor when the unemployment is low,” Villalona said. “It is unviable.”

Whether the unpredictable Trump White House will follow through on the president’s promise is anyone’s guess, but nothing should be ruled out. Few, after all, thought the administration would really try to suspend entry from seven majority Muslim nations.

Not everyone believes that the return of migrants is a bad thing, however. San Salvador Mayor Nayib Bukele says those who dared to leave are the kinds of people El Salvador could benefit from creating wealth at home. “People that immigrate are dreamers, strong, entrepreneurs, people that want to succeed, people that are willing to go through a desert, to risk their lives, to be deported, to work double shifts,” he told TIME. “Imagine those people working here, making our country produce more.”

Whatever politicians in San Salvador or Washington say though, many people keep heading north on the migrant trail. At the San Salvador bus station, a packed transport headed to Mexico, from where most passengers hoped to travel onto the United States. Ernesto Goya, 35, said he planned to reach Virginia for a construction job, taking his wife and three children with him. He left his home, he said, after he had been threatened by gang members over an extortion payment. “If I stay here, I could die. So what have I got to lose?” he said. With such fears and struggles, even Trump’s clampdown may not stop the human wave heading northward. 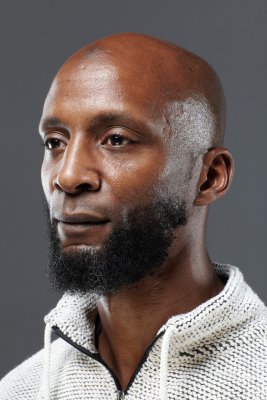 Gitmo Ex-Detainee Dies as ISIS Fighter After $1 Million Payout
Next Up: Editor's Pick