The former leader of one of the world’s beacons of clean government has been jailed for graft.

Sir Donald Tsang, who was Hong Kong’s Chief Executive between 2005 and 2012, was sentenced Wednesday to 20 months’ imprisonment. He was remanded in custody on Monday, reports public broadcaster RTHK, when a jury in the territory’s High Court found him guilty of one count of misconduct in office. The verdict makes Tsang the highest-ranking public servant in Hong Kong ever to be imprisoned.

Tsang was accused and convicted of not having declared as a conflict of interest an ongoing property transaction with a businessman who was applying for a digital radio license from the government. According to the South China Morning Post, that application was approved by the territory’s cabinet between 2010 and 2012, while Tsang was trying to secure one of the developer’s penthouses in Shenzhen for retirement.

The “breach of trust was an important and significant aspect in his criminality,” Justice Andrew Chan was quoted by RTHK as saying, telling the court that the conviction’s severity came from Tsang’s position as the city’s leader. The jury cleared him of a separate charge of misconduct, but failed to reach a majority verdict on a corruption charge, which Tsang will be retried for.

Lam Cheuk-ting, a former investigator with Hong Kong’s Independent Commission Against Corruption (ICAC) and a current lawmaker, tells TIME that the court’s message for public officials is clear. “They have to carry out their duties ‘whiter than white.’ Otherwise they may have to face serious criminal consequences.”

The former leader’s incarceration is a warning to senior officials that “they should not get too cozy with big business bosses,” adds Willy Lam, a longtime China observer at the Chinese University of Hong Kong. He says the case is particularly relevant today because of the expanding influence by mainland Chinese enterprises in the semiautonomous territory.

“Despite the anti-corruption campaign in China after Xi Jinping came to office, corruption is still a way of life for many Chinese businesspeople” who may be fuzzy about the legal implications of influence peddling, he tells TIME.

This case folds two of the territory’s pillars of pride — rule of law and cleanliness of government — into one, highlighting recent concerns over the perceived decline of both.

Recent legal and political maneuvers, both by the Beijing-backed executive branch and China itself, are raising fears for the city’s judicial integrity, while the ICAC, which is widely credited for clearing out Hong Kong’s previously rampant culture of bribes and corruption, has been embroiled in controversy.

“It is a bold move for the Commission to prosecute a former Chief Executive,” Lam Cheuk-ting tells TIME. But the ICAC’s omission from the probe of a key player, banker Sir David Li, on the grounds that he was thought to be unlikely to be cooperative, was “very inexplicable.”

“I think it may arouse some suspicion whether the Commission investigates cases selectively,” Lam says.

Tsang isn’t the only Hong Kong leader facing accusations of financial impropriety. Leung Chun-ying, the deeply unpopular incumbent Chief Executive, is believed to have accepted an undisclosed sum of $6.4 million in payments from Australian engineering giant UGL in 2012. The ICAC continues to look into the case, reports the Post, but progress has been slow.

Tsang’s conviction may ratchet up public demand for the agency to further scrutinize Leung’s case, says Willy Lam, and more importantly for the city’s anti-graft legislation to be updated.

“When C.Y. Leung took office in July 2012, he made a promise” to close loopholes for the Chief Executive in the city’s anti-bribery laws — a promise he’s “unlikely” to keep says Willy Lam. Anyone who succeeds Leung “will be under pressure to update the corruption ordinance.” Leung’s tenure in the city’s top job is nearing an end and he is not standing for another term.

Having joined Hong Kong’s colonial civil service in 1967, the 72-year-old Tsang rose through the ranks and, in 1995, became the first ethnic Chinese appointed as the territory’s Financial Secretary. He held that position through the territory’s 1997 transfer to Chinese sovereignty, and was highly regarded for having shielded the financial hub’s currency and foreign reserves from predatory investors during the Asian financial crisis of the late 1990s.

His wife, Selina, told reporters outside the court Wednesday that the family plans to appeal to conviction. 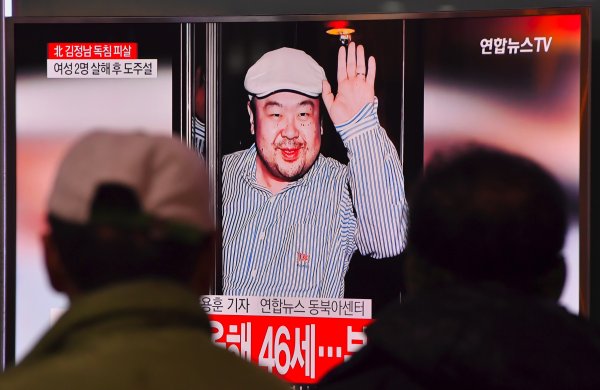 Why Kim Jong Nam's Death Should Concern Us All
Next Up: Editor's Pick