New presidents often like to talk about their campaign win as a mandate for their policies.

But President Trump has taken the practice farther than most, reminiscing about his unexpected campaign win and recounting his exact Electoral College margin at unexpected times.

After noting that South Carolina Sen. Tim Scott had come along for the tour, Trump digressed to the election.

See a video compilation of Trump talking about his campaign win at unexpected times. 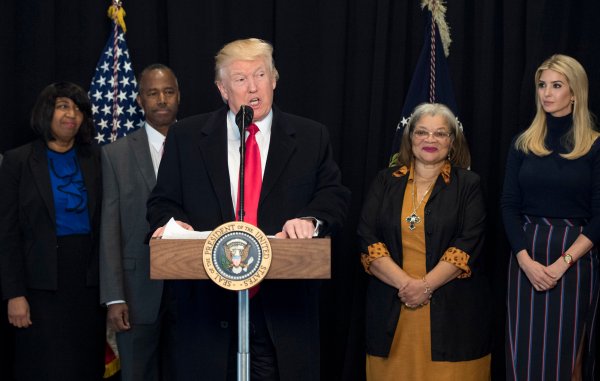